Comrades in arms over retrenchments

Comrades in arms over retrenchments 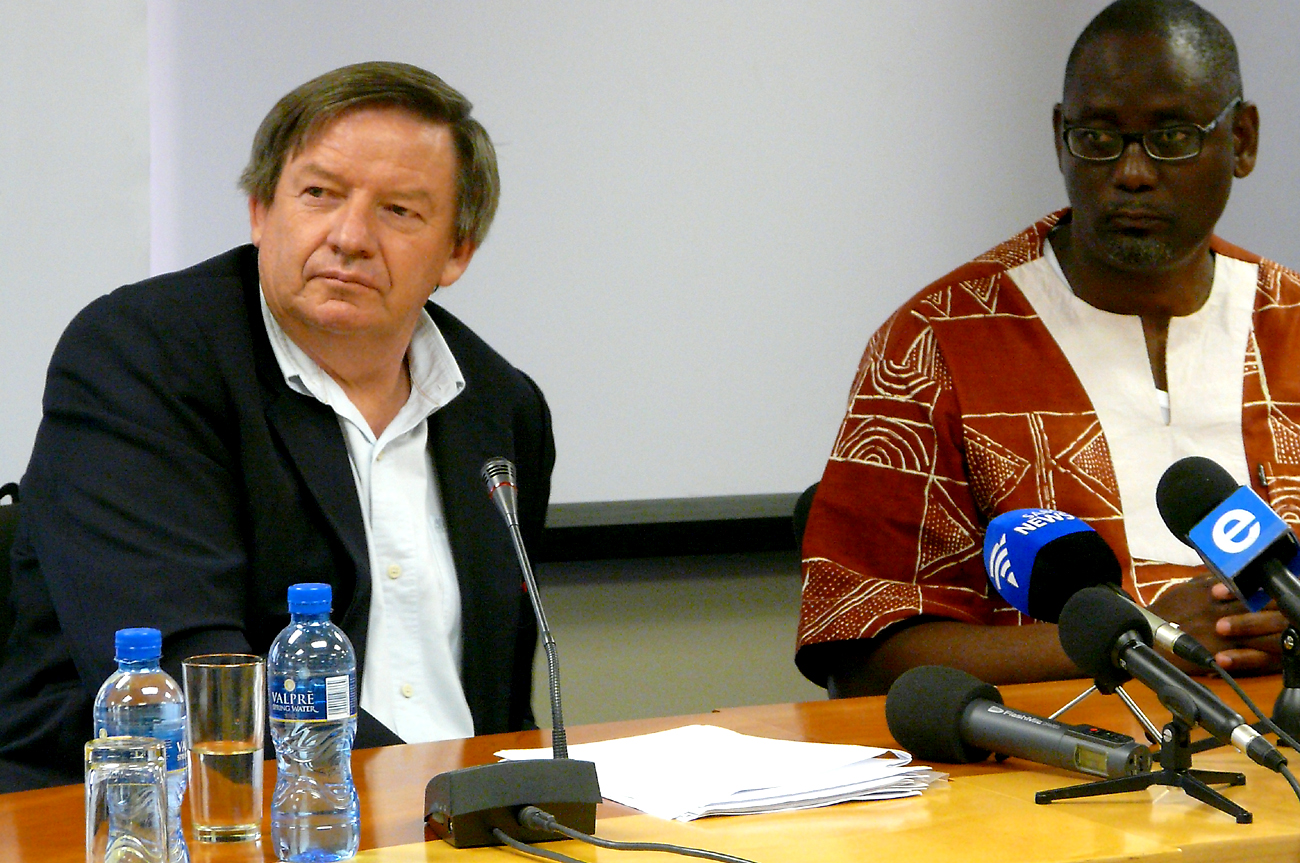 Government was missing, but Bobby Godsell and Zwelinzima Vavi still crossed the labour/business divide to call on employers: If at all you can help it, don't retrench workers this festive season.

The season to be jolly is the most critical time for vulnerable employees. The ones employed cheaply when times are good are the first to go when sales plunge. But both business and labour agree that retrenchments ultimately cause a greater loss to both business and society, and lead to a crisis of poverty for an average of five dependants for each worker – which helps fuel social ills such as crime and HIV/Aids.

Although not quite comrades in arms, Godsell and Vavi made the call as joint chairmen of the Millennium Labour Council, under the auspices of the National Economic Development and Labour Council (Nedlac), on preserving jobs and avoiding retrenchments.

Godsell said businesses should not make knee-jerk reactions when it came to retrenchments because they lose skills and relationships that are difficult to replace. And workers don’t easily find new jobs. Statistics SA says the country has lost nearly a million jobs in the first three quarters of 2009, meaning the final quarter of this year and the first quarter of next is a huge unknown for millions of workers.

“We are making this call at the end of the year, because companies are making critical decisions about their labour forces on the back of poorer growth,” said Vavi. “We are calling for them to act through their consciences.”

SA wants to create what it calls “decent work” and cut the backlog in schools, hospitals and houses. “Government made a commitment to create 500,000 jobs by the end of 2009,” Vavi said. “We are confident that they are on course through the extended public works programme.” The state is spending nearly R800 billion on public infrastructure over the next three years, and already some 234,000 jobs have been created in the first half of this year.

Both parties acknowledged there are circumstances when a reduction in a company’s workforce is unavoidable. But they also said cost reductions can be made in other areas before laying someone off – whether by shorter hours, capital expenditure, salary freezes, deferment of bonuses or the reduction of transport and electricity costs.

It’s a very South African thing – even unprecedented – when business and labour come together like this on common ground. It’s not quite as dramatic as British and German troops playing football on Christmas in no-man’s land in 1914, but it’s equally pertinent. Poverty and misery benefit no-one. And while Godsell said his list of disagreements with Vavi is much longer than that of agreements, both concur that companies have to have a very good reason to retrench workers, and should first consider alternatives such as the government’s training layoff scheme.

Financed by the National Skills Fund and Sector Education and Training Authorities, the scheme is a means of re-skilling marginal employees during the economic downturn. The layoff is a voluntary agreement between an employer and trade union members, or individual workers, who may be in danger of losing their jobs. Affected workers agree to forgo their normal wage to attend a training programme, while accepting a training allowance during this period. Employers continue to pay full social security contributions such as disability and death cover, pension and provident funds, and unemployment insurance. The aim is to ensure that the employment contract remains in place, with only the wage component changing, leaving parties free to negotiate existing contributions such as medical aid and housing allowances.

Godsell said companies can use the scheme to maintain the relationship with their workforces. “It’s a leadership action. That’s what we are trying to do.”