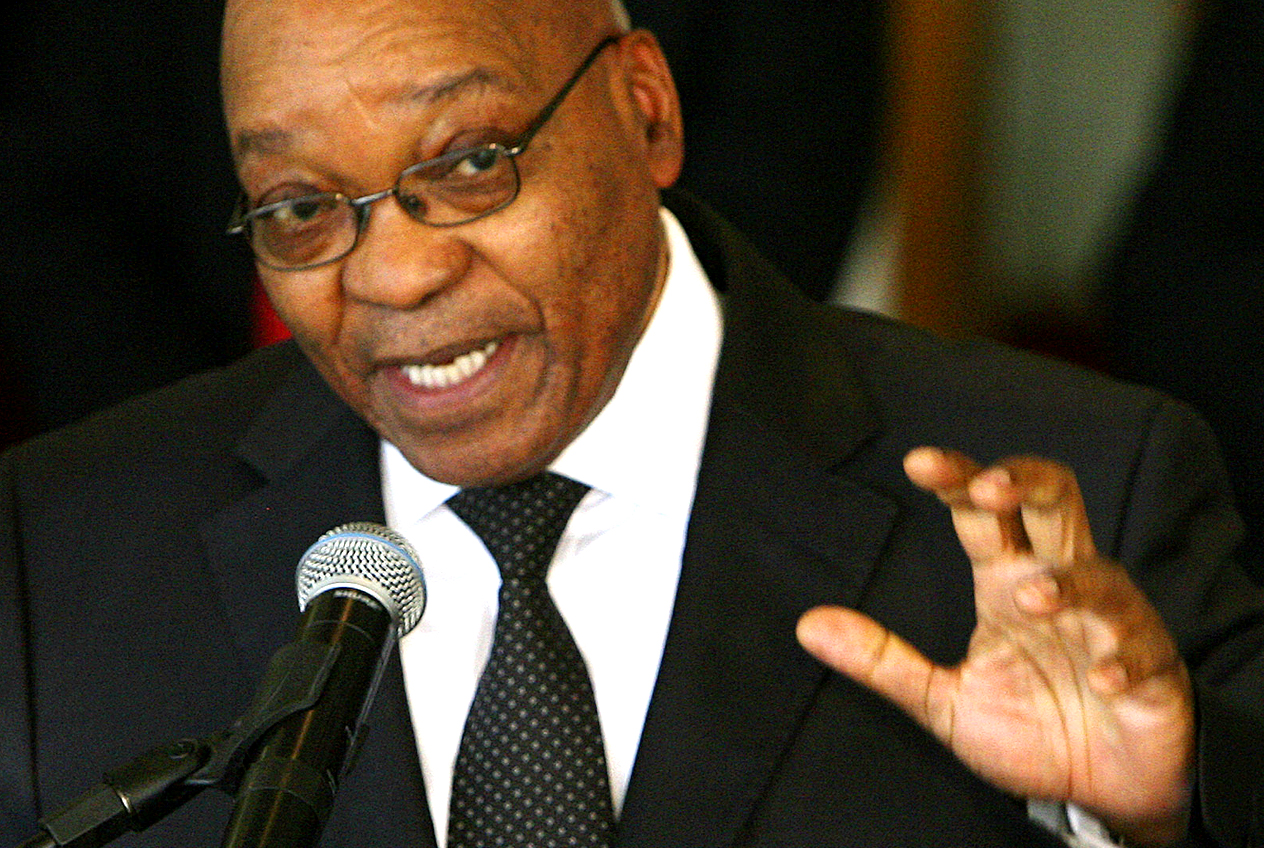 President Jacob Zuma was keynote speaker at the inaugural ANC Veterans’ League conference. Apart from deference to the old heroes and other pleasantries, he chose to hit out at the evils of the lusts for power, influence and money within the ruling party. The problem is he’s said that before and nothing much changed.

Politicians like the word “momentous”. It’s actually one of our president’s favourites, and as a result, it can get rather overused. But while Friday’s launch of the ANC’s Veterans’ League may have passed you by, for the people involved it was huge. They came with their walkers, their sticks, even the odd wheelchair. Hearing-aids plugged in, many in their dark green (almost Springbok-green, in fact) ANC blazers, they queued up patiently to get through security. It was a queue that shuffled.

It’s really quite a narrow needle you need to thread to qualify. Unlike the Zimbabwean “veterans” Mugabe used to seize white-owned farms, one must be over 60 and have belonged to the ANC on an uninterrupted basis for more than 40 years. That’s a long time. And that made yesterday’s launch a very big deal. It’s quite something to hear about 300 people, all over 60, shouting as loudly as they can for someone. It’s a completely different sound to the roar of the young ANC lions, or the sheer overwhelming spectacle of a full stadium. But they gave it their earnest all when Zuma entered.

He concentrated, quite sensibly, on them. What they’d done for the country, how they were the collected wisdom of the party and what they still needed to do. Of course, that’s the part where the hacks’ table pricked up its ears. He started off with discipline, how nothing can be done without it and how the veterans should really keep an eye on the discipline in the ANC. Is that about Julius Malema, you ask? If asked directly, Zuma is unlikely to say it is. But it might be. And he’s certainly pointing toward a tendency among people to simply say whatever they feel like at any given moment, crazy or not, inflammatory or otherwise and no matter who they’re addressing.

For Zuma, it was probably also a big day (okay, he did have the little thing of the World Cup draw later). You see, he’s one of the most knowledgeable people when it comes to the history of the ANC. He will have seen himself speaking in front of ANC legends as something that really mattered. He’s always shown great respect for the elderly, and particularly the ANC elderly. While it seems that sometimes Malema and his ilk get away with blue murder, shouting, screaming and insulting an elder is likely to really piss Zuma off. So perhaps he felt it was time to redress the balance a little.

But on to what he wants the veterans still to do: Help us fight corruption. Keep the party on the straight and narrow. Expose deals done in the darkness of small corners. And when people try to go against you, don’t give in. That’s actually a pretty big task. But he’s helped out by identifying the major problems facing the party, and it’s pretty strong stuff. “The lust for money and power … have sought to undermine the ANC, have sought to change the character of the ANC … these two evils are fighting to destroy the ANC.”

It’s pretty clear he’s talking about tenders, contracts, peddling of influence. Kgalema Motlanthe was the first senior ANC leader to go public about this, before Polokwane, in fact. So, over two years the two mightiest leaders have been on it, and nothing’s really changed. While we can presume there is political will being invested in trying to clean up the ranks of the party, it does seem to be a terribly difficult task. And while Zuma wants to do something, or says he does, where exactly would you have him start?

You can’t take out someone like Paul Mashatile or Lulu Xingwana, because if you start high, people may look a little higher. If you start too low, no one notices. How about in the provinces? Maybe, but you have to presume all the provincial leaders are clean, and that’s a pretty big ask. And who will do it. Menzi Simelane? Only if he’s told to do so. So Zuma’s in a bit of a pickle. We don’t imagine he’ll get a huge amount of sympathy while doing it.

But back to happier thoughts, and the ANC Veterans’ League which is spending its weekend at Esselen Park. They must be thrilled that Zuma came to speak to them. It’s not going to be a big league. When you consider the size of the others, it’s going to be fairly minute actually. But it’ll carry a proper heft. It’ll be worth being the leader of. Your voice will carry some serious weight. And young Julius will have to watch himself when he speaks to you, or about you.

Besides, you carry a walking stick, and he doesn’t.