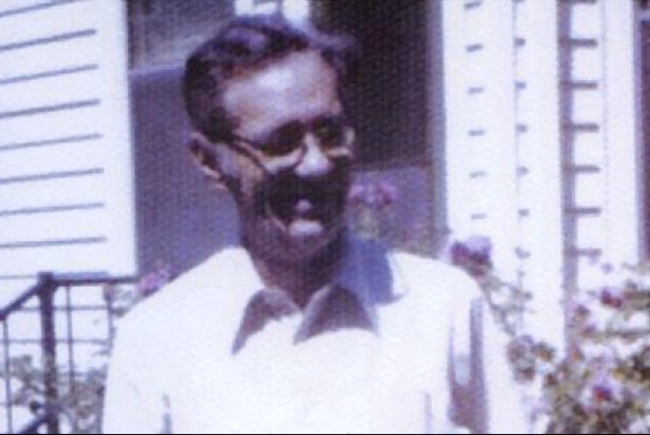 Henry Molaison (aka HM), the man who could not remember, died at the age of 82 exactly a year ago. But this kind, generous and soft-spoken man is still providing extraordinary service to humanity.

Before we tell the story of Henry Molaison and his extraordinary brain, let’s go back a couple of centuries.

In the late 18th century and then on into the early years of the 19th, two Italian scientists, Alessandro Volta and Luigi Galvani, conducted their pioneering experiments with primitive electrodes, batteries and, then – most excitingly – with electricity and frogs’ legs. The result of this work was to draw a direct connection between the real, tangible, but still-mysterious physical forces such as electricity, and the mystical forces of life. These experiments are familiar to any of us who had to follow in their footsteps in high school biology classes, but 200 years ago it was probably like getting behind the secret of God’s hand outstretched toward Adam’s, as depicted on the ceiling of the Sistine Chapel.

These experiments had an extraordinary effect on none other than one Mary Wollstonecraft Shelley as she was weather-bound  with her husband and his best buddies in a lakeside cabin in northern Italy in the winter of 1816. Taking up the bet of who among them could write the best novel, she created a latter-day version of the golem – “Frankenstein – The Modern Prometheus” (published in 1818). And how does her protagonist, Dr Victor Frankenstein power his creation? With the vital force of electricity.

And 200 years later, scientists are still teasing out the precise way electricity powers life and, most especially memory, which is why some new research taking place right now is so fascinating.

Fast forward to the 21st Century. When he died at the age of 82 from pulmonary complications, Henry Molaison (HM), known as the man who could not remember, left scientists a gift that promised insights into the basics of brain function – his own brain.

Following an accident back in 1953 when he was 26, Molaison began to suffer seizures and underwent an operation to remove some brain tissue in an attempt to control the seizures. The seizures stopped, but so did his ability to form new memories. As a result of Molaison’s loss, the operation helped clarify the location of new memory formation in the medial temporal lobe of the human brain.

He later willed his brain to science after becoming the most-studied patient in history.

Then, in February this year, Jacopo Annese, an assistant professor of radiology at the University of California, San Diego, travelled across the US and flew back with Molaison’s brain seated next to him on Jet Blue. Next stop, the laboratory.

This week, on the first anniversary of his death, researchers began the extensive process of dissecting his brain, taking 2,500 tissue samples for analysis and creating a Google Earth-like map of the human brain via computer that scientists expect will clarify the mystery of exactly how and where memories are created — and how they are retrieved and retained.

You can watch the entire process live online. Gene Wilder and Marty Feldman would surely be pleased.

This dissection and mapping is likely to provide a wealth of new information for brain study.

“We’ve learned a lot about memory. We’re getting close to the fire, and HM’s brain will really help us clarify the division of labour in this area for making memories,” says Lila Davachi, a neuroscientist at New York University.

The dissection of Molaison’s brain, through a novel whole-brain imaging technique, is part of a larger project known as the Brain Observatory and the result of a full year of hectic preparation. “We hope that this project, as it grows, will catalyse cooperation across many disciplines,” and help study other disorders, Annese says. “But we wanted to kick it off with the most famous brain of them all.”

For more, read the New York Times – or watch the researchers’ work

Extra: A story of brain dissection needs a selection of Young Frankenstein clips to lighten things up – here they are:

Whose Brain is it?

Main photo: Henry Molaison at his Connecticut house, circa 1970.