Unfortunately, it is your war now, Mr Obama

Unfortunately, it is your war now, Mr Obama 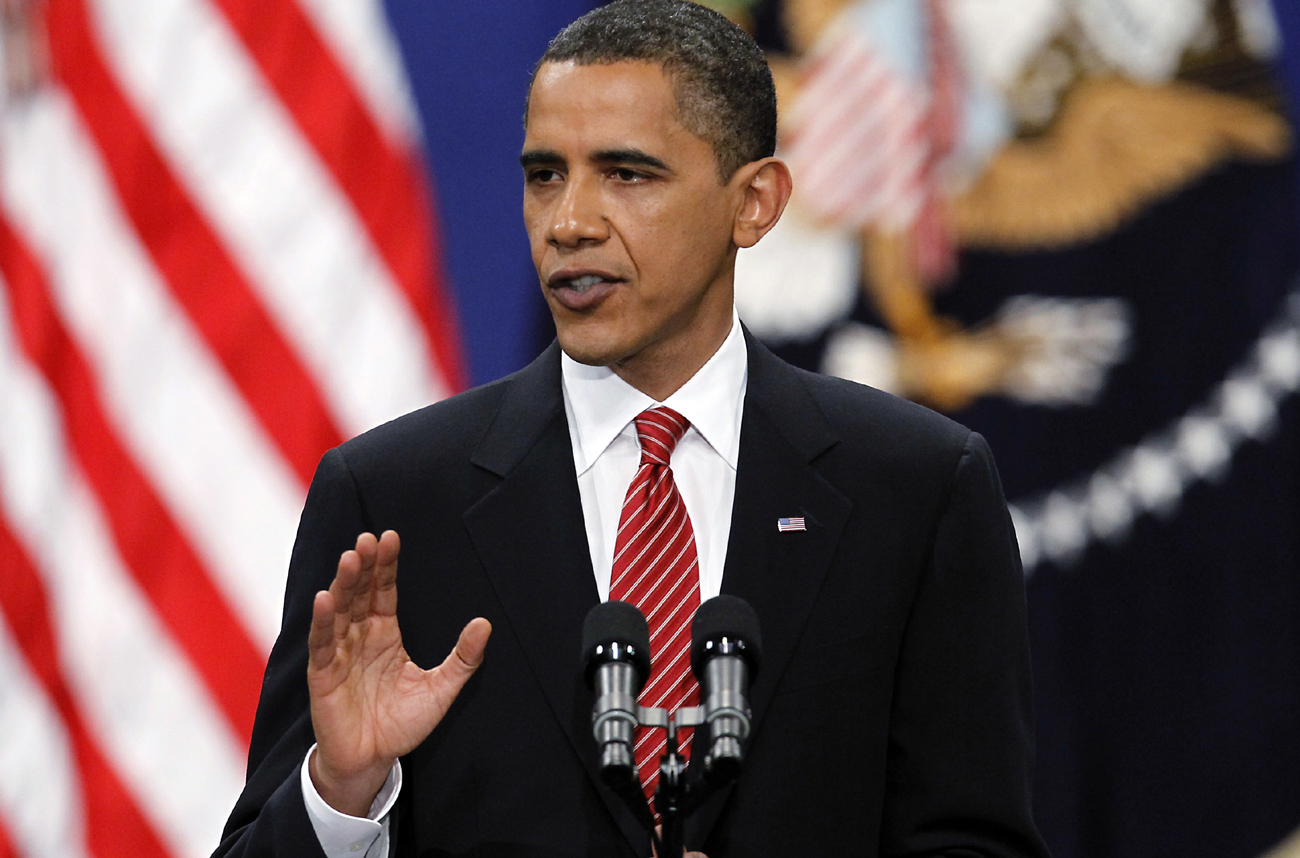 Late on Tuesday, Obama addressed the world: we will add troops, ask for allies’ help, plan our exit from Afghanistan. And he adds darkly: “I see firsthand the terrible ravages of war. If I did not think that the security of the United States and the safety of the American people were at stake in Afghanistan, I would gladly order every single one of our troops home tomorrow. So no, I do not make this decision lightly.”

Speaking to the cadets at the US Military Academy – and the world – Barack Obama announced Tuesday that he would move quickly to dispatch 30,000 additional troops to Afghanistan in coming months – with the full, new contingent on station early on into 2010.

In his speech, Obama also vowed to start bringing American forces home in the middle of 2011; called for greater support by allies (i.e., 10,000 more troops to the party); proposed a budget to cover these costs; insisted Pakistan and America have an unbreakable relationship to deal with Islamic insurgents on the Pakistani side of the border; and exhorted the Afghan government to tackle its problems and step up to the plate. Obama stressed, however, the United States could not afford an open-ended commitment in Afghanistan. With this speech, Obama firmly embraced the conflict he had called the necessary war (in contrast to Iraq) during his campaign for the presidency.

Early responses by TV talking head commentators generally felt this was the case Obama had to deliver – and to do it in front of the most favourable possible audience – thousands of US Army cadets bent on joining the army as officers. However, instead of one of Obama’s soaring and inspiring rhetorical messages, in the early commentary, this time around, Obama’s speech seemed more formulaic and by-the-numbers than a ringing call to a higher national purpose. First prize for the least surprising comment, however, were former vice president Dick Cheney’s statements denouncing Obama’s plans for a limited time commitment before withdrawal as the recipe for defeat – after already having accused him of “dithering” in deciding what to do in Afghanistan.

Obama insisted that his administration could “bring this war to a successful conclusion.” In the process, he laid out his long-awaited strategy that aims to reverse Taliban gains in large parts of southern and eastern Afghanistan, increase the protection of Afghan people from attacks, provide time for Afghanistan to build its own military capacity and a more effective government — and increase pressure on Al Qaeda in Pakistan.

As Obama said, “I see firsthand the terrible ravages of war. If I did not think that the security of the United States and the safety of the American people were at stake in Afghanistan, I would gladly order every single one of our troops home tomorrow. So no, I do not make this decision lightly.” With this speech, Obama has embraced this war, even as he set out the benchmarks to judge his success in bringing the American participation to a definitive close. Naturally, his message was aimed at audiences well beyond his immediate American one. A major element in his speech was to chivvy NATO and other allies to step up to pledging up to 10,000 troops to complement the new American commitment. The British have already added a 500-person increase to their troop commitment. As Obama said in his speech last night, “This is not just America’s war.” Another audience clearly was Afghan president Hamid Karzai. To Karzai, Obama’s virtually point-blank message was: “The days of providing a blank check are over.”

A key element of Obama’s new strategy will be for the Afghan army to become much more effective in pursuing the Taliban, even as the US military and its allies improve their capacity to train the Afghan army and police. In this case, Obama also aimed to pre-empt critics (this time from the left, as opposed to Dick Cheney) who are starting to compare Afghanistan to the failed American involvement in Vietnam, two generations earlier. Obama said this comparison was “a false reading of history.”

Finally, Obama tried to tamp down expectations for a quick, easy conclusion, noting that “The struggle against violent extremism will not be finished quickly, and it extends well beyond Afghanistan and Pakistan. It will be an enduring test of our free society, and our leadership in the world. And unlike the great power conflicts and clear lines of division that defined the 20th century, our effort will involve disorderly regions and diffuse enemies.”

Commentators have already noted some parallels in Obama’s speech last night to his predecessor’s rhetoric about America’s purpose in Afghanistan – unusual given Obama’s efforts to position himself as substantially different from Bush. Last night, in particular, Obama referred to what he termed America’s moral burden carried in global affairs, and of America as a nation “founded in resistance to oppression.”

There are budgetary realities that cannot be ignored, however. Obama was forced to note this new troop surge would bring significant costs, probably at least $30 billion per year. This will be a difficult pill for some to swallow, given a persistently growing federal deficit as a result of the various financial bailout and stimulus packages – and the possible costs of the health care reform package.

The president’s speech ultimately came close to policies initially recommended by his field commander, Gen. Stanley McChrystal, in his secret but widely leaked memorandum of several months ago. The general’s blunt report had argued that unless American troop levels were substantially increased, the Afghan war would be lost.

Ultimately, Obama’s speech was a thumbs-down on the approach apparently supported by vice president Joe Biden and senior advisor Rahm Emmanuel, who had encouraged Obama to refocus the main American effort onto Pakistan – arguing that Al Qaeda was now housed there and that the American effort should be much less about which party rules Afghanistan domestically and more about ending Al Qaeda’s threat to the US and the growing instability in Pakistan.

For more, read the AP, the NYTimes, the Christian Science Monitor, the BBC and the White House website for the full text of Obama’s speech and a videostreaming of the speech.