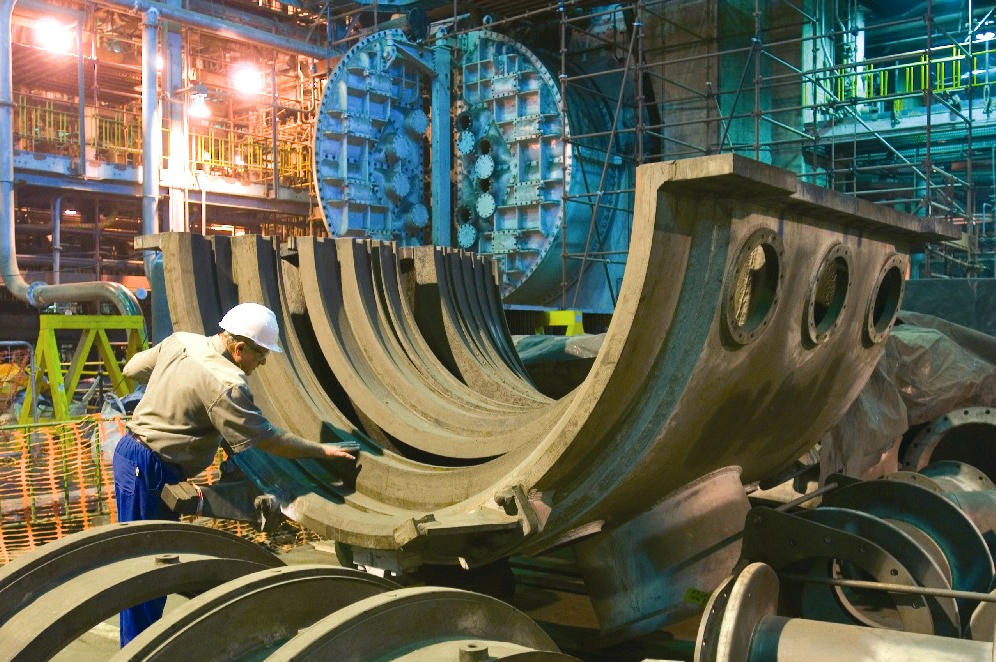 Eskom is one of those problems that confounds a newsroom’s nerds and its political beasts. It’s almost impossible to know what exactly is going on, and more importantly, why. And yesterday’s confirmation of what was a well-leaked “revised” tariff application is a great example of it.

On the face of it, it’s a climb down by Eskom. Just couple of weeks ago, it told the entire nation we were all going meet the darkness at the end of the universe if it didn’t get 45% times three. That was the cue for sound and fury … much of it signifying nothing. But when the ANC weighed in (with its NEC no less), the die was cast, and the 45% hike was a thing of the past. But what does all of this really mean?

Let’s take Eskom’s acting chairman (he’s also acting CEO at the moment) Mpho Makwana at face value for now. He says this lower hike “does mean more of a danger for security of supply”. In short, Eskom doesn’t get all the money it really needs now, so the lights could go out again. But he’s fairly confident they won’t. He’s done the sums and so we should be alright.

But he will admit there are several variables to his equations. First, there’s the simple matter of demand. If the economy keeps stuttering along, demand will stay lowish, and Eskom will cope. If GDP literally jumps by a percentage point or two too high, we’re in trouble. That’s tied to interest rates, which affect Eskom’s borrowing ability. While we’re there – there’s Eskom’s credit rating. If that drops, and it costs just a little bit more to borrow, out go the lights again. And that’s not all. Even if everything works out just peachy, Eskom is still about R12 billion short in two years’ time.

There’s one other major variable, maybe the biggest one. Government policy. No one really knows what it is on aspects such as solar energy, renewable energy (a trip to Copenhagen, anyone?), and of course, independent power producers. There’s a real risk here of repeating the mistakes made in the late 1990s. It was then that the energy ministry thought private companies would come in and literally make electricity. But government didn’t make the conditions attractive so no one came in. Now, Makwana says, “Eskom cannot be the only provider of electricity”. Fine. But government policy on things like this takes ages to formulate. And if you do it in a hurry, that also leads to trouble. It’s doubtful we even have the economists to do it quickly, even if we tried.  It’s really tough stuff getting energy policy right.

So what, you say, government can just dish out the money. True. But here’s the power generating situation if all of that does work. Eskom’s managing director for systems operations (big door her office will need for that plaque) Erica Jonson says, “we do have enough plant, enough capacity to see us through next year”. Good, Fifa will be pleased. But, she continues, “from 2011, 2012, leading up to the synchronisation of the Medupi unit, that balance will be much tighter. There will be no alternative, we will have to do demand management.” We’re not the best translators of management-speak, but we think that means, we’re fine for next year, but we could be pretty screwed after that.

So, on Eskom’s version, it all sounds like a massive gamble. “We’ll take the heat for the good of the country’s economy,” they’re saying, “but don’t crap on us if we get it wrong, it’s a risk.” It also sounds ominously as if Eskom could have been forced to give in by the politicians. They seem to be giving themselves an escape route, saying we think it should be 45%, but okay, you’re forcing us to keep it down, don’t blame us if it blows up in all of our faces.

If that’s true, it’s another example of good clever people bowing to the rule of the mob. It would seem then that the ANC’s NEC particularly, needs lessons in running the country properly. They could be accused of lacking nuance and sophistication, of taking the short-term view. All of those things would stick if it all goes bang.

But there is another, also faintly disturbing possibility. Everyone outside of Eskom who appears to know anything about power and the economics of it, claims that the 35% increases, are still too much. Independent energy expert Andrew Kenny perhaps put it best when he said, “Eskom’s problem is that it wants to pay for its build through tariffs, when it should be using debt”. He could be right, although it would seem a massive level of debt to incur. We’re trying to avoid the politicians here, because we don’t think they really know much about electricity economics.

So, if Kenny and Co. are right, what has really happened? It would appear then, that Eskom has been playing the fear game again. Its argument at all the post-load shedding hearings of the National Energy Regulator (Nersa) has been the same, give us the money or the lights will go out. Has it added a new dimension, asking for too much, and then appearing to give in? In short, has it been using the old political touch of managing expectations?

It’s possible, but to do that well requires a unified team of people at the top. And we know from recent events that Eskom’s top table has been anything but unified. Jacob Maroga has been fairly quiet recently.

Makwana himself is in a very difficult position. He surely could not have predicted the events that would have seen him in charge of the company. During yesterday’s press conference, he delivered a 20-minute statement, and took questions. Virtually anything technical (including, how confident are you that the lights will stay on?) went to his panel of wise people. They took most of the economic and generation inquiries. That’s fair enough. Maroga did that a couple of times too. Electricity economics is a complicated thing and you don’t want to get it wrong, particularly in public.

Makwana preferred the political side, answering a little glibly how “we must all work together”, “we can do it”, that kind of thing. There wasn’t a huge amount of substance in what he had to say. It’s perhaps too much to ask him to be on top of the whole bang-shoot already.

But it does point to the other huge variable in all of this and we might want to panic about it. Leadership.