Would you like some service with your soccer, sir? 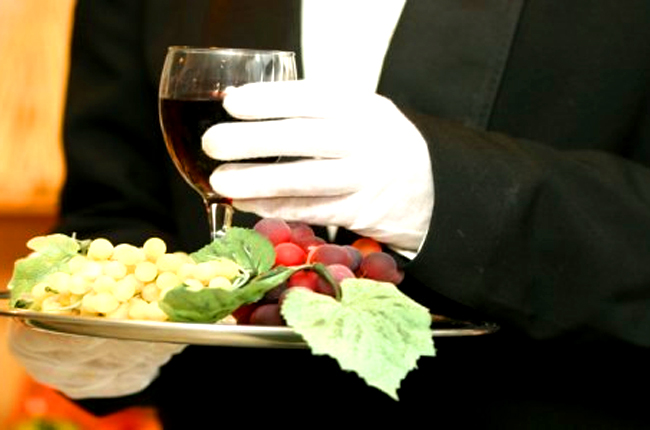 How can you help SA prepare for the 2010 World Cup? What about slapping your waiter around the ears mercilessly?

South African’s tend to indulge poor service at restaurants, but if the country wants to really, really have a good World Cup, we could start by calmly and quietly, but firmly taking over the service training – as restaurant managers ought to be performing, but transparently are not.

More than 400 000 visitors are due to visit in a few months’ time and not all of them will be lager louts looking for chicken and chips. It will be a grand opportunity to show off South Africa’s visual grandeur and friendly disposition. However, for most people, one of their main opportunities to interact with South Africans will be with table waiters and waitresses.

This might seem like a minor issue. But service levels are an astoundingly compelling talking point and a surprising foundation for all kinds of generalisations and stereotypes about a country. Good service can improve tourists’ views of a country phenomenally, and is almost always mentioned when people discuss their holidays. Poor service can do precisely the opposite. And let’s be honest, every visit to almost every restaurant in South Africa is a true service catastrophe. Waiting staff are invariably friendly to a fault, gracious to perfection … and completely useless.

Ask for the specials and you get a recitation. Ask if that comes with hollandaise and you get a blank stare.  Ask for anything without something and invariably you get it with that thing.

It’s almost impossible not to sound like a complete prig complaining about service in South Africa, but for heaven’s sake, restaurant meals are generally expensive and you have a right to enjoy a meal without having to ask the waiter five times for a glass of water.

South African’s can live with it and, with a sigh, have lived with it for just about forever. But most South Africans have absolutely no clue how seriously Europeans especially take these issues, and how grumpy Americans can get if they are treated in restaurants without due deference, and how astounded Asians get when confronted with lackadaisical staff.

Nothing illustrates how the rules of service are considered one of those odd “tiny but huge” issues than a recent list of 100 Things Restaurant Staffers Should Never Do published in The New York Times. The list was written by Bruce Buschel, a contributor who is opening his first restaurant.

New Yorkers are the most sophisticated restaurant eaters in the world, and huge numbers of Manhattanites simply never eat in, so it’s understandable that it should be such a talking point.

But nobody expected what happened. This list of 100 dos and (mostly) don’ts drew the most comments, positive and negative, the newspaper has ever had on any one story. Eventually, after 47 pages of comments on the first batch of responses alone, The New York Times stopped taking comments, presumably for fear of crashing the comment sub-routine code.

There were so many of them, the newspaper did a story on the comments. Many of the comments were hostile, insinuating, or saying outright, that a restaurateur was a hopeless ponce. “My goodness — what a stuffy prig. Were you toilet trained at gunpoint?”, said one.

“It seems a good list for … mildly autistic, neurotic, self-centred people who would vastly prefer being served by robots,” said another.

But yet there were positives too. “If there is a heaven, that restaurant is there. Those 100 rules just validated all the niggling miseries of every mediocre restaurant I’ve patronised over the course of my adult life,” said one.

Whether you agree with the list or not, it constitutes an excellent starting point for the kind of service foreigners might expect.

One of the most irritating and most often-transgressed rules on the list in South Africa is:

#17 “Do not take an empty plate from one guest while others are still eating the same course. Wait, wait, wait.”

Because of the job scarcity in South Africa, there are often too many waiters. As a result, waiters tend to whip away an empty plate before you have even put down your fork, never mind that others are still eating the same course.  It’s discourteous, people!

#18 is also a corker in SA. “Know before approaching a table who has ordered what. Do not ask, ‘Who’s having the shrimp?’” Has this ever not happened to you in an SA restaurant?

#68. “Do not reach across one guest to serve another.”

#5. “Tables should be level without anyone asking. Fix it before guests are seated.”

#8. “Do not interrupt a conversation.  For any reason.  Especially not to recite specials. Wait for the right moment.”

#9. “Do not recite the specials too fast or robotically or dramatically. It is not a soliloquy. This is not an audition.”

And perhaps the most important for South African’s to learn is the last, #100. “Guests, like servers, come in all packages. Show a ‘good table’ your appreciation with a free glass of port, a plate of biscotti or something else management approves.”

Does anyone in South Africa know what it means to read a table and try to do something unusual, just for them?