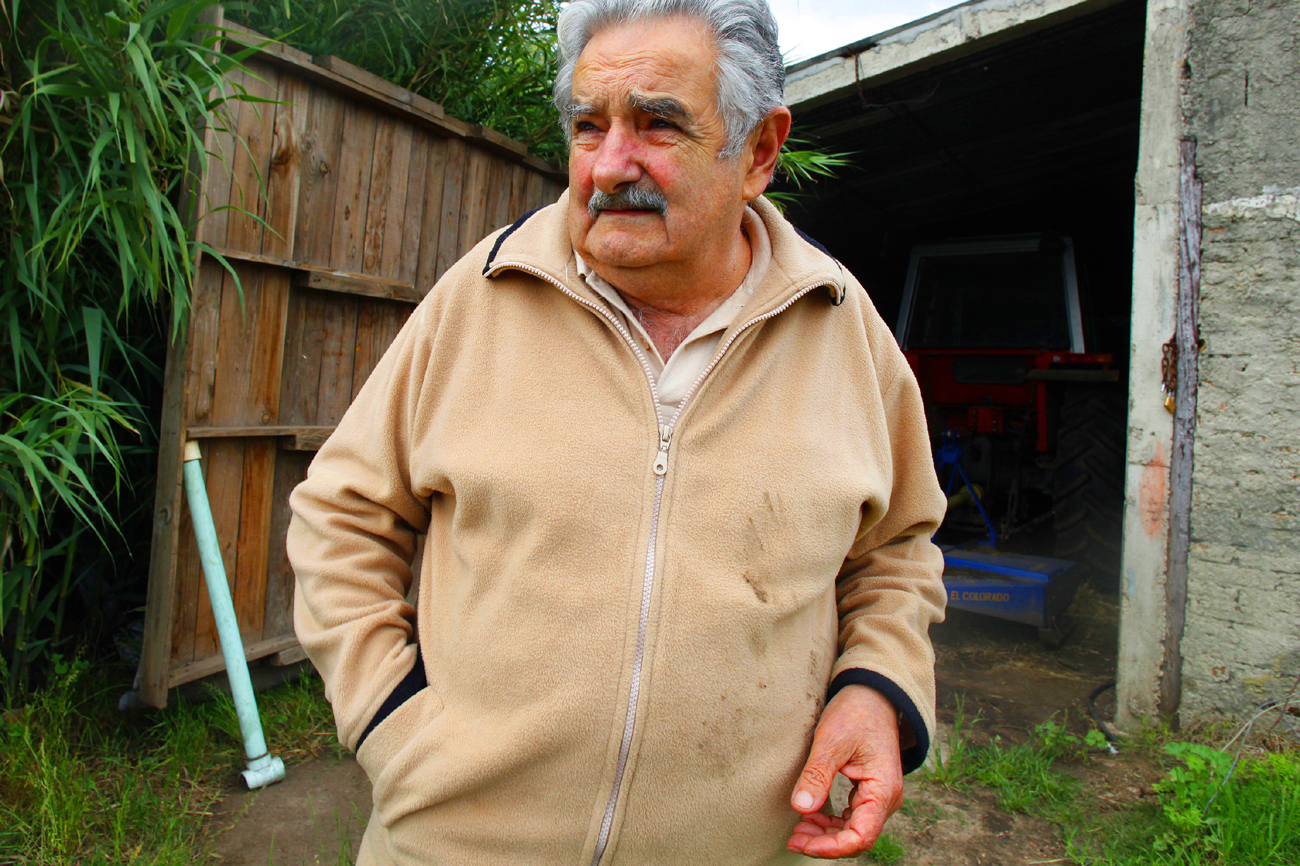 …or the ghost of neo-liberalism? Meet the newest leftie on the block.

The former Tupamaro urban guerrilla leader, José Mujica, is now the newly elected president of Uruguay, the very state he fought to overthrow. He thus is the successor president in a broad leftist government already being credited for significantly improved economic circumstances in this small South American country.

Mujica defeated his opponent Luis Lacalle, himself a former Uruguayan president, in a runoff election after the first round of voting failed to produce a clear majority winner. Lacalle campaigned on proposals to privatize state firms and do away with the income tax.

Mujica, now a grey-haired 74 years of age, succeeds fellow Broad Front party member Tabaré Vázquez and Mujica has pledged to follow the party’s pragmatic slate of reforms with both socialist and market-friendly elements. Mujica declared in a victory speech, “Tomorrow the commitment to our homeland continues.”

Mujica, a farmer and Socialist senator, has had an improbable political trajectory. He co-founded the Tupamaro movement, inspired by Castro’s revolution in Cuba, and he helped wage an urban guerrilla war in Uruguay, violently robbing banks and businesses and attempting to impose a Marxist-style government on the country by force. He spent almost 15 years in prison in between his revolutionary life and his political progression.

Even more improbably, given Mujica’s past, his running mate was Danilo Astori, the former finance minister under Vázquez who gets much of the credit for the kinds of macroeconomic policies that improved Uruguayan social conditions after a financial crisis at the beginning of the century.

This non-dogmatic mix of policies has succeeded in lowering unemployment and poverty levels, even as it has generated increased confidence among potential investors. While generally under the leftist banner, Mujica and Vazquez’ Broad Front has actually followed reformist economic policies that track with those pursued by Brazil, Chile and Peru. These countries, especially Brazil and Chile, have set the standard for economic policies that have increased social stability and generated support for those in poverty, even as they have created investor friendly climates and allowed their countries to exert increasing influence internationally.

By contrast, the more populist-socialist regimes in Venezuela, Bolivia and Ecuador have increasingly chased off foreign investors by nationalizing industries. Venezuela and Bolivia, especially, are building their international impact through the leverage of primary commodity production – especially petroleum and natural gas – even as the regimes have built their domestic support and strength by appeals to the poor or the ethnically marginalized as with Bolivia’s president Morales’ support base from the country’s majority of indigenous people.

Meanwhile, in Honduras, Porfirio Lobo, a longtime conservative politician, appeared to have won Honduras’ presidential election, a victory that are giving Hondurans hope that the country can finally emerge from its political crisis and the international political isolation that came about after the recent coup against Manuel Zelaya and his attempt to return to power. With the majority of votes now counted, Lobo is more than 16% above his nearest opponent, Elvin Santos, who had already conceded. Photo: Porfirio “Pepe” Lobo, candidate of Honduras’ National Party, addresses the audience after winning the presidential elections in Tegucigalpa November 29, 2009. Lobo, a wealthy landowner, had over 55 percent support with more than half the votes counted and his closest rival, Elvin Santos of the ruling Liberal Party, then conceded defeat. REUTERS/Oswaldo Rivas

The question for much of Latin America, now, though, is whether Mujica’s win will bolster support for the newest wave of pragmatic socialists such as Brazil’s internationally influential president, Luiz Inácio Lula da Silva, or Lula as he is popularly called, and the social and economic policy choices he has made. Or, will Uruguay eventually tilt to a more socialist-populist regime such as those in Venezuela or Bolivia – thereby heralding noisier, more contentious times for the democratic space in the southern cone. Perhaps the best bellwether for the region will be the result in the Brazil’s 2011 election that will probably pick between Dilma Rousseff – Lula’s chief of state and 100% supporter of his policies – and Jose’ Serra – former national minister of planning and now governor of Sao Paulo state and slightly to the right of Lula – for the role of Lula’s successor.