Theatre: Spoof Full of Sugar in the most delightful way

Theatre: Spoof Full of Sugar in the most delightful way 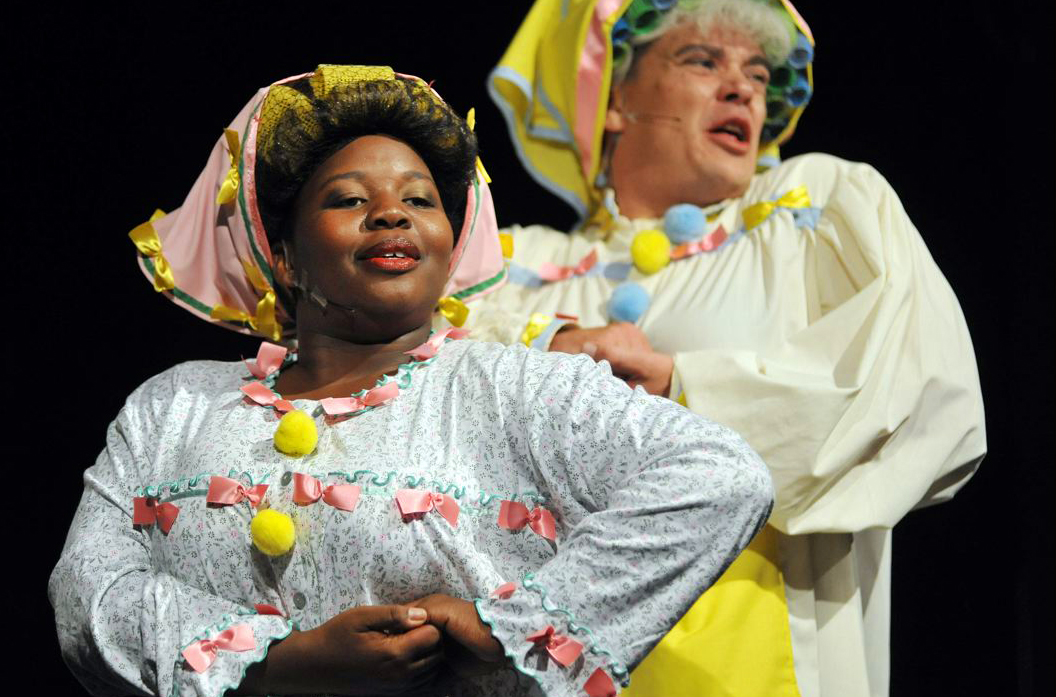 Is there anything more uplifting for the soul than a good uninhibited laugh out loud? Well, sex, perhaps, but this wickedly funny musical revue gets you laughing with plenty of naughty innuendos, giving you two good things wrapped up in one.

It’s tough to write a consistently funny show made up of numerous little pieces, but this script fizzes almost all the way through as it takes the mickey out of local show business personalities, plonkers and utter air-heads. The loose plot involves a mediocre actress who draws her biggest headlines through her untimely death.

It’s written and directed by theatre stalwart Malcolm Terrey, who can’t resist getting in on the act too by providing some voice-over narratives. You can’t blame him really. It’s such fresh and original entertainment that he’s shown enormous restraint in not jumping up on stage with them.

Every sketch is sung to the tune of a hit musical, with immensely clever new words making the songs far more entertaining than some of the rather prissy originals. Elaine Paige would blush to hear what Dianne Simpson makes of that old classic “I Blow Him So Well” – yep, you read that right, which is why there’s an age restriction for the audience. But for me the highlight is the delightful and buxom Ntsepa Pitjeng giving a heartfelt rendition of “Mammories” as she bemoans the ravages of time.

Since the plot is only a vague guideline rather than a stern direction, Terrey can include all sorts of not-strictly related bits and pieces. That lets him combine the antics of Joost van der Westhuizen and Steve Hofmeyr in a sassy rewrite of Chicago’s “Cell Block Tango”, again with Pitjeng bursting out all over the place.

Somehow we later move to a spoof of the Rocky Horror Picture Show, with the actors playing geriatric transvestites as the tired old musical gets revived for yet another time warp.

The four actors are equally excellent, and my favourite changed with every scene. There’s eye-candy in the form of Brandon Auret, who’s back on the stage after a stint in the movies. He’s a good singer too, with some wicked facial expressions. In fact, it’s worth grabbing a seat near the front because all four are so expressive I’d hate you to miss a thing.

The fourth cast member is Pieter Bosch Botha, who proves equally able to perform a variety of roles in quick succession. Pianist Dawid Boverhoff keeps it all together as the front-of-stage pianist and the whole event zips along at a cracking pace with slick costume and character changes.

But the main applause must go to the lyrics, which are even more bitchy and cutting than the characters they’re lampooning.

Spoof Full Of Sugar runs at Sandton’s Theatre On The Square until 31 December.