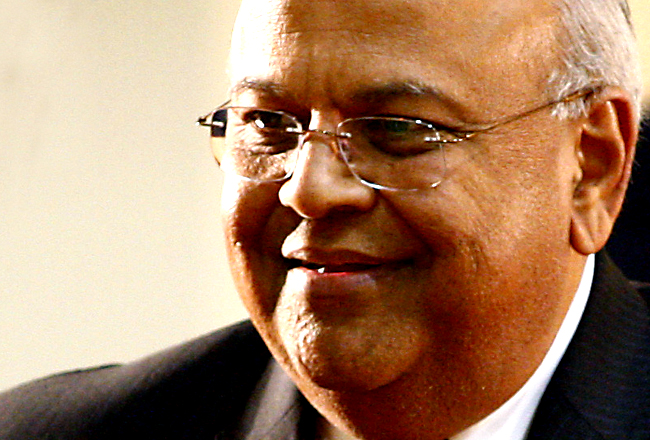 Finance minister Pravin Gordhan reckons it’s going to be a slow economic recovery. But it’s his comments about the future of inflation targeting that were more interesting at the press conference that was supposed to be about something else.

Pravin Gordhan is clever. Like out-of-the-box clever. Like, if he’d been born in the US in the sixties, he’d be sending someone to Mars now clever. He looks you straight in the eye while he answers your question. He uses big words in an interesting way, and yet understands the need for a soundbite. It is on his watch that we will see the end of inflation targeting as we know it. But he’s going to make sure we have no reason to panic, of course.

He spoke to the Federation of Trade Unions of South Africa (Fedusa) on Thursday, and held a press conference afterwards. So he spoke to some unionists and then took questions he knew were coming about economic policy. First up, Cosatu’s demands for an end to inflation targeting, the debate he’d promised them, and how did he see economic policy looking. The political answer: “I don’t want to prejudge the debate, and we want to engage with all role players”. The economic answer: “Inflation targeting is just one tool, over the last 20 years we’ve used several tools, ultimately we just want to control inflation and manage the economy.”

That’s the money shot, the bite that, it seems to us, is the start of the slow drum roll towards the execution of inflation targeting. Well, maybe not quite. Perhaps a more accurate statement is the end of inflation targeting as we now know it. You see, he wants a wide-ranging debate. He’s willing to hear “from any geniuses that have good ideas”. And no, he’s not being rude about Cosatu. He’s saying, bring your ideas, now’s the time.

Where he’s on the same page as Cosatu is on the issue of timing. It must happen now. Okay, just after Christmas. But then, immediately. Because the recession “has introduced the need for us to reflect on the economy” .

By the way, Gordhan is an equal-opportunities ideas man. “Every South African, business, workers, every person, must get involved… we need to talk about what we’re going to do differently.” Another great soundbite.

A few quick words from the minister on “the end of the recession”, otherwise known as this week’s GDP figures. “It’s a nice Christmas present”, but “the recovery is not going to be a fast one, job creation and labour absorption will be slower than we would like”.  The good news though, “I believe the recovery is sustainable”. His figure for growth next year; 1.5%. Although he’d like us to mention, just for the feel-good take-away from the presser, other estimates that look at around 2.5%.

So, if he is looking forward to the inflation targeting debate, but won’t prejudge it, what is likely to happen? Inflation targeting being the primary mandate of the Reserve Bank, it seems to us, is on the way out. But inflation targeting’s reputation has been sullied of late anyway, so, while a year ago it seemed the barbarians really were at the gate, today it seems civilisation as we know it will survive with a change, because it isn’t going to be that great, anyway. Within the next six months the mandate will probably include references to job creation and economic growth. But inflation is still the big dragon in the room and will breathe fire for many years to come.

Luckily, we might just have a super-dooperly clever slayer.