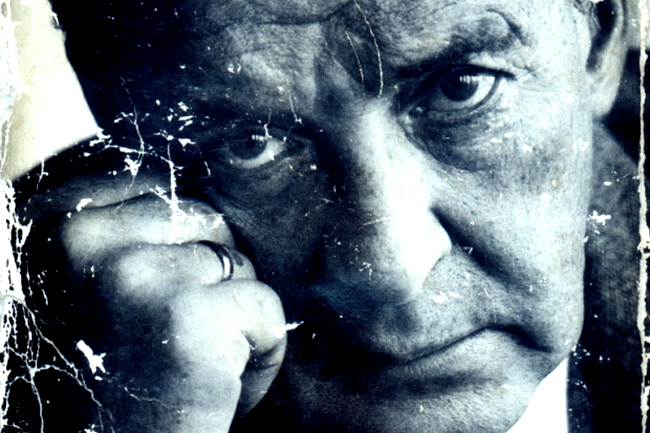 When Vladimir Nabokov passed away in 1977, he was working on a novel entitled ‘The Original of Laura’. His wishes were that it be burned, but last week, after over thirty years of deliberation, the book was finally published. Which might have been a mistake.

It was going to be “the literary event of 2009,” according to the BBC. One of the giant writers of the twentieth century, Vladimir Nabokov, had famously been working on a novel at the time of his death in 1977, and now the text would at last be published. The announcement was made in 2008, after Dmitri Nabokov, who had been tortured by the dilemma for three decades – his father wanted the manuscript burned – decided the angst was too much. “I’m a loyal son,” he told Der Spiegel magazine about the decision. “[I] thought long and seriously about it, then my father appeared before me and said, with an ironic grin, ‘You’re stuck in a right old mess – just go ahead and publish!'”

Perhaps Dmitri should have ignored the apparition – or at least listened, the first time, to the words of the dying genius himself. The book, titled The Original of Laura, was released worldwide on November 17 to collective condemnation. First there was the New York Times: “[N]one of the characters here, to the extent we get to know them, inspire much affection, whatever fondness Nabokov might have felt for his ‘poor Laura.’ [Protagonist] Philip Wild, with his stinking feet, graphically described digestive problems, grotesque bulk and sentimentally remembered first love…veers between disgusting and pitiable.” Then there was the Wall Street Journal: “The first effect of reading The Original of Laura gives less pleasure than a certain squeamishness. The bony, tentative hand of illness can be found on the cards themselves. The lineaments of a serious literary undertaking are obvious, too, but in only a few places can one discern even a hint of the technical brilliance, the penchant for parody, the irresistible flippancy that we would recognize as the work of the author of Lolita, Pale Fire and Ada.”

And over in England, and worst of all, was novelist Martin Amis – a lifelong devotee of Nabokov – writing in the Guardian: “Apart from a welcome flurry of interest in the work, the only thing this relic will effect, I fear, is the slight exacerbation of what is already a problem from hell. It is infernal, for me, because I bow to no one in my love for this great and greatly inspiring genius. And yet Nabokov, in his decline, imposes on even the keenest reader a horrible brew of piety, literal-mindedness, vulgarity and philistinism.”

Nabokov clearly expected as much from the reviewers, which is why he ordered that the work be thrown in the fire. Importantly, The Original of Laura appears not to be a novel at all – not even an unfinished one. It is a collection of ideas for a novel, written out on a series of cards, with a smattering of half-drawn scenes and faintly distinguishable characters. As Nathaniel Rich wrote in The Daily Beast: “To describe The Original of Laura as a novel would be like mistaking a construction site for a cathedral.”

One of the few voices who approved of the book’s publication was Brian Boyd, Nabokov’s biographer. Writing in the Financial Times, he noted that the book could have been published badly. “Instead,” he offered, “it has been better published than I could have imagined.”

But to honour the man’s legacy, many writers and critics have stated, it should not have been published at all.

Read more: Martin Amis in the Guardian, Brian Boyd in the Financial Times