Israelis halt the construction of new settlements, for...

Israelis halt the construction of new settlements, for now and NOT in East Jerusalem 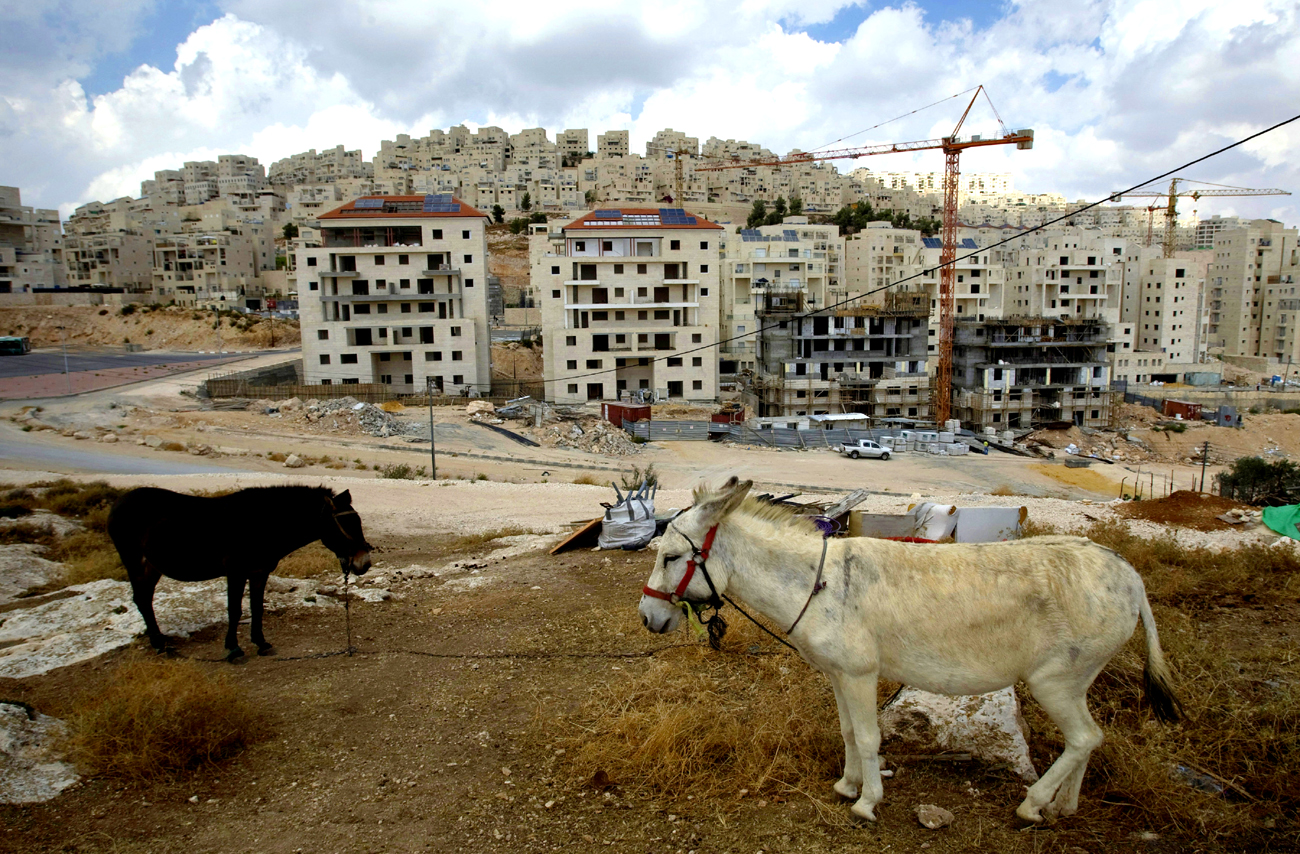 Apparently bowing to tightening pressure (or even some potential blandishments and support down the road) from the US, Israeli PM Benyamin Netanyahu announced plans to halt new residential construction for West Bank settlements for a 10-month period (although, especially significantly, not in East Jerusalem).

This move was apparently part of an effort to revive the now-stalled Middle East peace talks. On the face of it, though, this doesn’t appear to be nearly enough. Palestinian Authority officials have already said so and, upon reflection, even the US appeared to be less than wholeheartedly supportive.

Netanyahu called this decision a difficult, painful step for Israelis (and for himself) and he urged Palestinians to “seize this opportunity” But, to many, this initiative will be neither big nor new.  This impression was not helped by Netanyahu’s further assertion that there could be “no restrictions on building in our sovereign capital,” (in and around East Jerusalem) and by the fact the halt is only for a ten-month period – and not a complete cessation of further settlements.

Trying to make the most of this ambiguously positive moment, US Secretary of State Hillary Clinton insisted that the pause “helps move forward” the peace process that can offer Israelis recognized and secure borders – and the Palestinians a further step toward an independent homeland. What is new is that Clinton’s statement  referred directly to those 1967 borders – way back before the 1973 Six Day War brought the West Bank and the Golan Heights under Israeli control.

Some observers already note that Clinton’s use of the term “1967 lines” is intended to nudge both sides – but especially the Israelis – towards a contemplation of what the world of diplomacy calls final status issues, i.e. an agreed peaceful settlement. In a demonstration of some real verbal agility, American officials are now calling the Israeli move something that is just a notch short of “unprecedented”. This, of course, backtracks a bit from Hillary Clinton’s very enthusiastic comment – the precise comment that outraged the Arabs and forced Clinton to make the right moves in Morocco and to add a visit to Cairo to assuage increasingly concerned Arab leaders. All of this, in turn, apparently unsettled the Israelis – their ambassador to the US in fact felt compelled to say that “one of our objections is that we do not believe that ’67 borders are defensible.”

Was there a miscommunication between the US and Isreal? Or an effort by the US to demonstrate an independence of action by the Obama administration on the Middle East – as opposed to the Bush administration’s consistently supportive stance of Israeli policies throughout both Bush terms of office?

In fact, the moratorium isn’t even all that new. Clinton offered this very thing to the Palestinians some weeks earlier and they actually turned it down because it didn’t include East Jerusalem. As a result, the Palestinians said publicly that Netanyahu’s announcement wasn’t enough to bring them back to the table. Oh dear, back to the starting gate, yet again. So, to build on this tiny bit of momentum, the Americans are trying to get a whole series of discussions started up again at varying levels between Israel and the Palestinians, even as US – Israel relations have been strained by this set of verbal snarls.

Analysts frequently point out that Israeli public opinion on the West Bank settlements is deeply split between those who wish to trade land for peace and those who insist holding onto land is peace (or at least its close analogue) and those – perhaps a remaining third – who simply don’t know what to believe anymore.

Currently, about 300,000 Jewish Israelis live in the West Bank – in both settlements legally sanctioned by the government as well as those that constitute non-officially approved settlements – usually by those on the far right politically. In East Jerusalem and the new neighbourhoods that increasingly surround it, some 180,000 Israelis now live there as well.  In fact, Israel contends these are not settlers as in the West Bank, but residents of the capital’s suburbs.

For more, read the AP, the New York Times and the Jerusalem Post