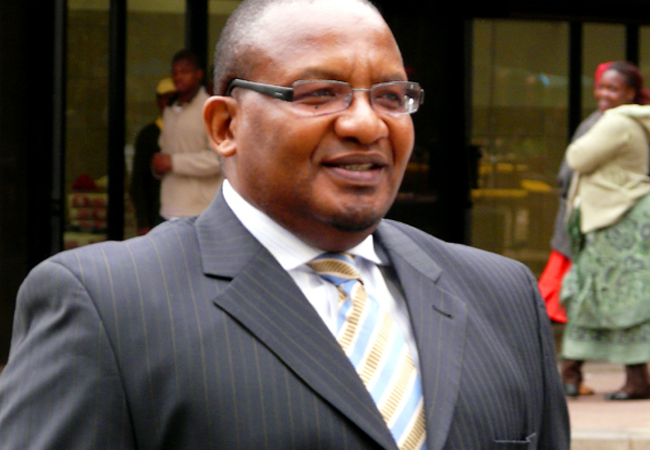 Vusi Pikoli (above), former National Prosecuting Authority head and childhood friend of Sizwe Kondile, who died at the hands of the apartheid Security Branch 40 years ago. Kondile will receive the Order of Mendi (gold) on Thursday, 18 November 2021. (Photo: Supplied) vusi pikoli 02

Every man has his price. Has the Jacob Zuma administration finally found Vusi Pikoli’s?

It’s two years and two months since Vusi Pikoli started fighting his suspension as national director of public prosecutions. It was on Heritage Day 2007 that then-president Thabo Mbeki decided, it seems, to put his friendship with Jackie Selebi above principle, and suspended Pikoli. What was it with public holidays and Mbeki was one question. What on earth was going on with Mbeki and Selebi is another; and that one is still unravelling in the South Gauteng High Court.

Since then, we’ve had the Ginwala inquiry finding that Pikoli was fit to run the National Prosecuting Authority, only for Pikoli to be sacked by then-president Kgalema Motlanthe and his decision to challenge that in court. On Saturday night, just 48 hours before a judge was due to hear the case, came the announcement from the justice ministry and the presidency that Pikoli had agreed to settle. In the official statement, the parties say they “acknowledge that a breakdown took place in their relationship, and now wish to restore their relationship to one characterised by mutual trust and respect”. Indeed.

Further down they point out that Pikoli gets R7.5 million in a “final settlement”. At first blush it seems he’s simply given up on his fight to clear his name. Pikoli has always appeared quite principled , so this would be a disappointment. It’s not that much money. He was on roughly the same salary as a judge while at the NPA (now about R1.4 million), and was probably getting that while on suspension. If he returns to private practice, as one of the most senior black lawyers in the country he could probably earn several times that. Not to mention that his wife, Nozuko Majola-Pikoli, is already a millionaire in her own right. Last week the Selebi trial heard about her shareholdings in Vulisango, in turn a shareholder in Simmer & Jack Ltd. worth several millions, according to Times Live.

However, Eyewitness News is reporting this morning (Monday) , that in the full agreement (apparently it’s only one-page long), is an affirmation of prosecutorial independence. In other words, he’s got what he wanted. Government has said, if not publicly at this stage, that it believes the National Prosecuting Authority and decisions to prosecute people must be free from political interference. How noble.

But there’s plenty of difficult eating to go in getting through this particular pudding. The first big prosecutorial decision that could stick in your craw is one made by Pikoli’s stand-in. Remember him? Mokotedi Mpshe? The guy who “withdrew” corruption charges against Zuma because of “political interference”. And what legal basis did he use? A minority judgment that was later overturned on appeal. Hardly the stuff of completely independent thinking.

However, there’s another morsel that may also cause some indigestion. Why has Zuma, and presumably justice minister Jeff Radebe, felt the need to settle – on the steps of court, nogal? Is it because they knew a judge would find it difficult to agree with Motlanthe’s decision. After all, Frene Ginwala found that Pikoli was fit for office, and a judge could have a lot of fun with his or her own view on political interference. Sure, R7.5 million isn’t that much, and it’s not even their personal money, so to them it may seem rather cheap at the price. But still, why settle if you think you’ve got a strong case?

What is clear, however, is that this story is going to move on fast. Now that Pikoli’s out of the way, Zuma and Radebe can appoint their own NPA head. Pikoli himself was plucked out of obscurity by Mbeki just after Bulelani Ngucka had resigned, and days after Schabir Shaik had been convicted. And Pikoli’s first decision was whether or not to charge Zuma.
Zuma may make another similar choice. Or he could try to keep Mpshe there. Hell, he’s shown that he can be pushed, why not? Or, he could opt for someone quiet, someone who’ll keep prosecutors and the legal fraternity out of the headlines for a change. That’s really what this country needs, some peace and quiet on the prosecutorial front.

For us, what happens at the NPA is far more important than what happens to judges, the Hlophe affair or even some aspects of the Constitutional Court. Judges can only rule on cases brought before them. Whoever runs the NPA gets to make the decision on what to pursue and which pile of documents to conveniently leave to gather dust in the corner. And by having such powers, the NPA boss gets to define a judicial, and with it possibly a political, agenda for the whole country in years to come.

If we could, we’d find an old retired judge. Someone who’s tough, not beholden to any powers and interests, and who is and is seen to be independent across the board. Arthur Chaskalson would be nice. But we know it ain’t gonna happen.