Sarah Palin’s memoirs: “It’s about me.”

Sarah Palin’s memoirs: “It’s about me.” 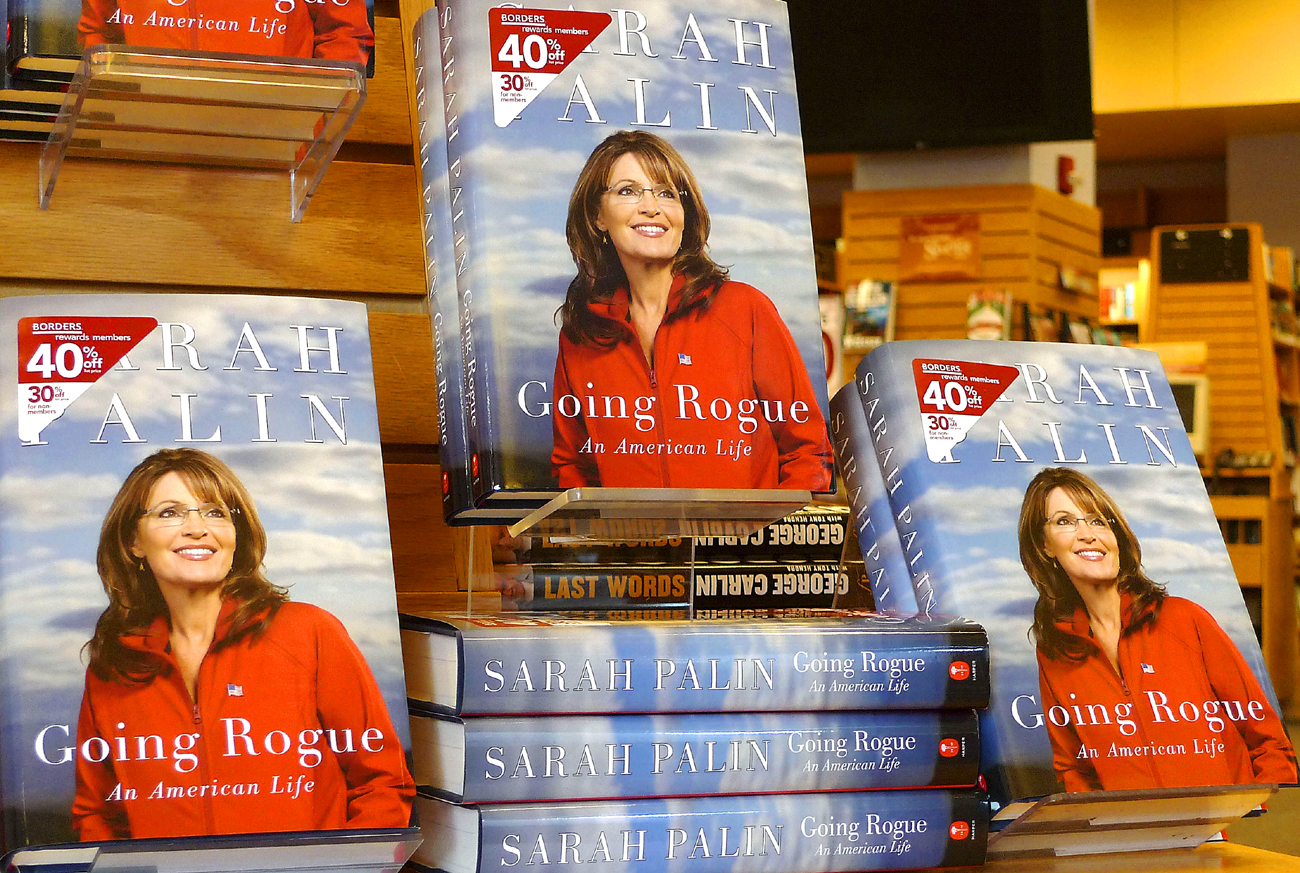 The autobiography of America’s best-looking conservative ex-politician was released this week, and it’s already a bestseller. Do we need to ask if it’s also an American classic?

Talk about damning with faint praise. Former Alaska governor Sarah Palin made an appearance on the Oprah Winfrey Show on Monday, where the grand dame herself called Going Rogue a “fascinating read”. That there was no follow-up guarantee of a slot on the Winfrey Book Club Selection must have rung at least some alarm bells for Palin, but no matter. Oprah’s mention of the book sure helped to boost sales, and, well, she’s not a judge on the Pulitzers anyway.

The subtitle of Palin’s book is “An American Life,” an appellation redolent of nothing so much as the literary ambitions of giant novelists like John Dos Passos and William Faulkner. Still, in this case the contents were never going to be too difficult to guess. In an interview with ABC’s Barbara Walters before Tuesday’s official release, the Republican vice-presidential candidate in 2008 and poster-girl of conservatives everywhere rated Barack Obama a “four out of ten” for both his handling of the economy and his “dithering” on national security. She didn’t go as far as to suggest an all-out carpet-bombing of Afghanistan, northwest Pakistan and Iran – but nobody was betting that that wouldn’t be the subject of a chapter.

It seems, though, that Going Rogue has steered wisely clear of Palin’s thoughts on policy. The big subjects are family, faith and patriotism, with a few jabs at the media and other undesirables thrown in for good measure. The tone of the book, according to the Associated Press, is folksy – but the underlying mood is anger. As the Los Angeles Times puts it: “Palin is angry about being depicted as a clotheshorse during the campaign, angry about getting stuck with $50,000 in legal fees related to the vetting process for vice president, angry about being ‘bottled up’ from the press by McCain staffers and angry about what she sees as unsympathetic treatment by…CBS News anchor Katie Couric, whom she accused of badgering, condescension and bias.”

Palin’s performance in a series of interviews with Couric last year, it will be remembered, was cringingly disastrous. Even to members of her own party, she came across as unprepared and naïve, plain stupid to others. As indicated, she defends herself in the book by attacking Couric – but was this perhaps the wrong way to go about it? Just look at the following from syndicated columnist Maureen Dowd: “Palin should have been smart enough to know that Couric has had a reputation for decades of being a tough interviewer, and that she wasn’t going to whiff on a chance like that. And despite Palin’s All-American paranoia, it is common practice to ask presidential candidates what they read.”

Thankfully, Palin reveals more of her reading habits in Going Rogue. As a child, she read The Wonderful Wizard of Oz and Animal Farm. She also reveals what she watched – The Lawrence Welk Show and The Wonderful World of Disney – what she ate – Hershey Bars, bacon and steak – and what she hunted – moose.

Given fare like that, it’s no surprise that the book was already a bestseller weeks before its release. At 413 pages and 16 pages of colour photos, a big chunk of the 1.5-million initial print run had been pre-ordered on Amazon, where it still sits at or near the top of the charts.

Palin began co-writing the memoir with Lynn Vincent earlier this year, after she resigned from the governorship of Alaska. At the time, the abovementioned Maureen Dowd wrote a column titled “Sarah’s Secret Diary,” in which she satirised a putative diary entry of the good-looking, go-getting politician. A quote from the end of the diary might be a good way to sum up Going Rogue:

“How sad that the unpatriotic, godless media picking away at me will never understand it’s about the country.

“It’s about me running the country.

“It’s about me running.