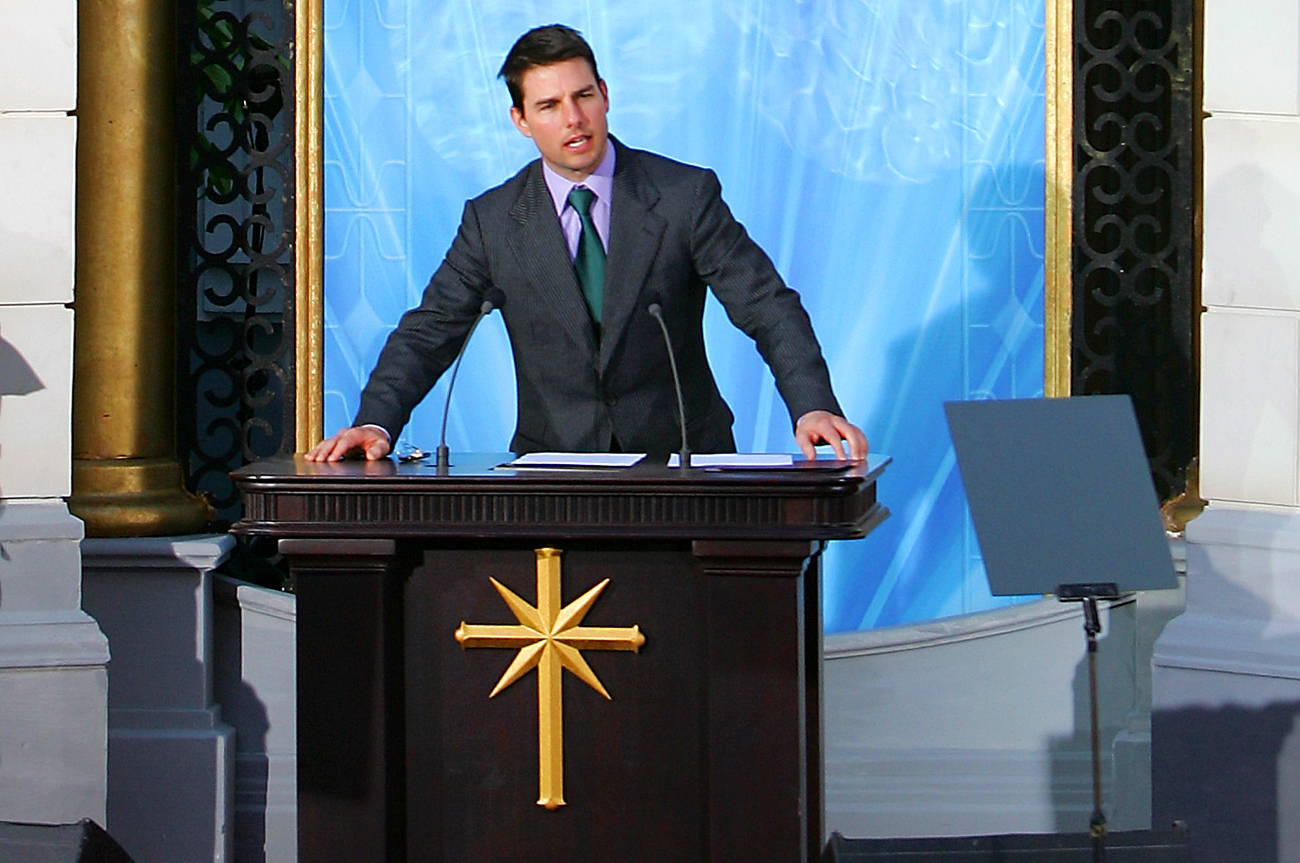 Kevin Rudd, who as Australia’s Prime Minister managed to do what successive Australian governments were too arrogant to do - say sorry to Aboriginals, and British children abducted from their homes 70 years ago to provide Empire with sturdy white workers - has now raised concerns about the Church of Scientology.

He did so after parliament heard of sordid allegations of torture, imprisonment and coerced abortions, with one adherent allegedly using a coat-hanger to self-abort. The accusations were made by independent Senator Nick Xenophon (named after a famous classical Greek mercenary and follower of Socrates), but were strenuously denied by the organisation, which said Xenophon’s comments were an “outrageous abuse of parliamentary privilege”.

The Aussies aren’t the only ones worried about the “religion” issue. In very secular France, they are trying to ban the movement. Founded in the US in 1954 by science-fiction writer L. Ron Hubbard, because “starting a religion would be a good way to make money”, to many people it has remained just that, science-fiction. But that riles people such as Tom Cruise, who has alienated many with his pseudo-scientific (much more pseudo than scientific) ravings about aliens and things beyond the ken of other mere mortals. So, too, Rudd’s comments will come to the notice of great actor John Travolta, a Scientologist who flies his own Boeing jet. The movement’s guiding theme, Dianetics, leaves a sour taste in the mouth of rationalists, and sounds for many, more like something that diabetics should avoid. Now it seems the newish Australian prime minister has come to a similar conclusion.

According to the website of the local chapter of the “Church”, L. Ron spent quite some time in Johannesburg, working himself into a sort of prosaic rapture: “You know I am very fond of Johannesburg. I have walked your hills and my lips have turned blue and I have puffed from the rarefied air. I watched the rain come down from the sky, hit the ground and bounce up again…”

In Oz, Senator Xenophon called scientology a “criminal organisation”, and he wants a review of its tax-exempt status as a religion. He tabled letters in parliament from former members claiming embezzlement, forced confinement, torture and blackmail, as well as the “ordering” of abortions and virtual house arrest of followers. The Church said Xenophon’s claims were “fascistic” (a sign that its adherents’ grammar needs some working on, too), and denied its global membership of a claimed 12 million were being financially exploited.

Recently, French judges fined the group almost a million dollars for defrauding vulnerable followers, raising questions over whether a “religion” can be put on trial. One guesses the answer is “Yes, it can” if it fleeces the pockets of its various parishioners. But the court was unable to impose a ban because of a legal amendment passed just before the trial began, preventing the banning of an organisation convicted of fraud. That amendment has now been reversed so that in the future, if new offences are committed, the Church could be banned.

The French regard the group as a sect. Unlike the US, France has always refused to recognise Scientology as a religion, arguing it is a purely commercial operation designed to make as much money as it can at the expense of often vulnerable victims.

Main photo: U.S. Actor Tom Cruise gives a speech at the inaguration of a Scientology church in Madrid Sepember 18, 2004. According to Scientology headquarters in Los Angeles, the 50-year-old religion now claims more than 8 million members in 159 countries. The church’s most famous celebrities include John Travolta, Tom Cruise and Nancy Cartwright, who is the voice of Bart Simpson. REUTERS/Paul Hanna PH/WS