ANALYSIS: A day with the South African Police bosses

ANALYSIS: A day with the South African Police bosses 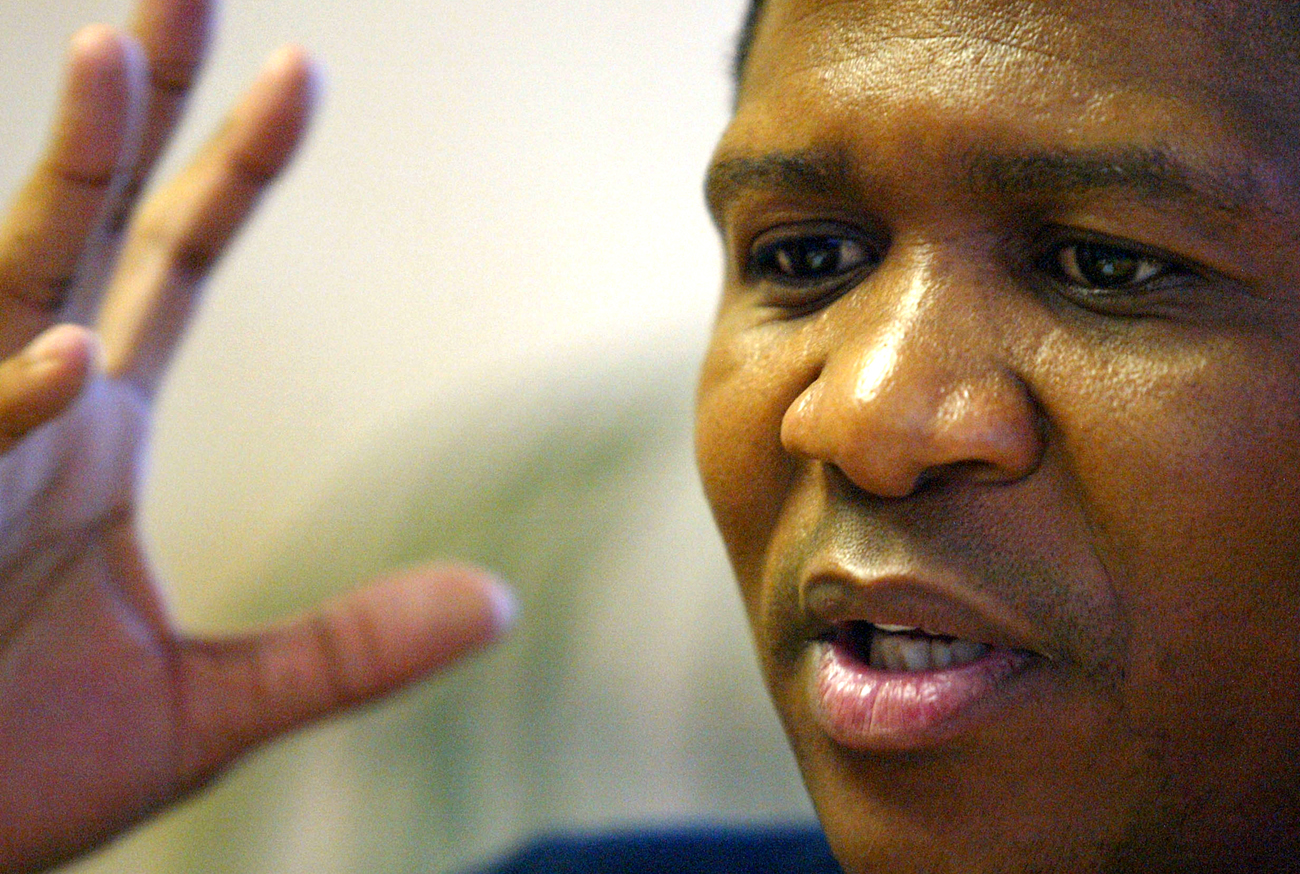 How is that when police minister Nathi Mthethwa and his deputy Fikile Mbalula share a podium, Mbalula is still light years more interesting?

Deputy police minister Fikile Mbalula has always had a twisty tongue when it comes to the English language. Put him in a nice important job like deputy police minister and students of the language are going to have some fun.  It’s not just about the linguistics, it’s also about trying to work out what exactly he means.

Yesterday, talking to the National Press Club, with his boss Nathi Mthethwa, he dropped this pearler: “There are tensions that are existing only in the imagination”. He was talking about the alleged rift between the two that had led one top official to claim it “was only a matter of time before they come to blows”. It’s nice to see ministers taking advice from the hacks of the Fourth Estate from time to time. Less than two weeks ago we suggested they hold a joint press conference to put to bed these reports. Yesterday they used the National Press Club to share a podium  and convince the media that they are the best of friends, cross our hearts and hope to die. (Incidentally, the National Press Club is turning into a handy forum for people who need to drop the dirt bombs, think of disgraced ASA chairman Leonard Chuene, or Carl Niehaus trying to rehabilitate his image.)

Of course, this entire escapade (you really can’t write about Mbalula and the police minister without using that word) has paled into the background in the light of allegations about how much money was spent on a plane for the police “service”.  It’s a classic. Millions and millions wasted goes the tale, and Talk Radio 702’s Chris Gibbons couldn’t resist reading out an SMS from a police officer who’d waited years for a bullet-proof vest.

Mthethwa claims it was used for “operational reasons” – the jet, that is.  Yeah, right.  Pull the other one; it’s got bells on. The DA (or Patricia, if she’s on the ball) is likely to now ask for a full list of those “operations”.  Of course, what’s slightly irritating about all of this is the familiar pattern.  Claims of money wasted, a half-hearted attempt to explain why it was spent, followed by promises of action.  Then comes a slap on the wrist for some junior official.

What’s really depressing about it, is that the police should have some kind of private jet that can take a task force around the place quickly. They are highly trained, and there aren’t many of them. If you want to know how good they are, think about this.  Remember the massive Cosatu-led public sector service strike a few years ago? Geraldine Fraser-Moleketi was still public service and administration minister.  Fifty-thousand Cosatu members were outside her office.  Yes, 50,000. The police felt it would defuse the situation if she addressed them.  She was escorted by 12 task team members. Twelve. Against 50,000. That’s how good they are.

But as South Africans we’ve now managed to get ourselves to a place where that kind of nuance will be defenestrated.  Some parts of the population will automatically side with the politicians and others with the screaming of civil society and the media.

Of course, we couldn’t quite finish this piece without a mention of the usual topic these two guys bring with them. The words “shoot”, “to” and “kill”. Mbalula’s meaning was, as always, mangled. When talking about people caught in the cross-fire, it came out as, “We do care. It’s not like we’re cold-blooded people”. No one’s ever accused him of being cold-blooded. He continued, “we’re in a war”.  Ok, we’ll go with him on that one.

But then he spelt out why he felt his ministry shouldn’t immediately apologise after civilian deaths because “we cannot condemn until we know all the facts”. There’s a line, mate. Look behind you. Because we bet you don’t have whatever it takes to say that to a sobbing mother whose three-year-old child was just killed.

The plane issue will fade away by Thursday, while the shoot-to-kill story will become a saga that could take us well into next year. But Mbalula’s tongue – that’s going to be the gift that keeps on giving.