Once upon a TimeWarner

Once upon a TimeWarner 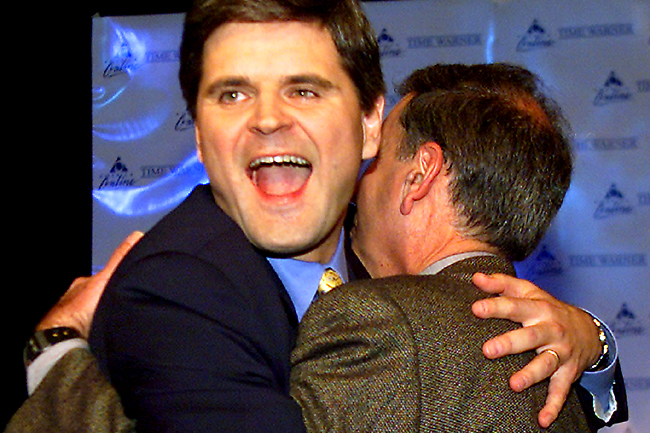 The sad tale of global prowess of Internet service provider America Online (AOL), once the ruler of all the lands it could survey in the glorious kingdom of the Internet, is coming to a tragic end.

AOL’s once great friend and junior partner, Time Warner, is now ejecting it into the cold, hard world, which may force the company to accept the need to make something described by insiders as a “profit” – a cruel demand never before imposed on such a delicate young thing.

And along with this terrible unfolding of a great alliance, the real victim will be the once grand notion of “convergence” – the glorious idea that our lounges would merge with our offices and we would all skip off happily together into the connected sunset.

Time Warner’s decision to spin AOL out was announced earlier this week in the US, closing the circle on one of the most dramatic events of the Internet revolution.

It is at once the story of a extraordinary business deal and also a great morality play. The plot is pretty well known: In 2000, in the middle of the IT boom on stock markets worldwide, AOL bought the world’s fourth largest media company, Time Warner, for $164 billion.

Since AOL was doing the taking over, Time Warner shareholders got a bit of a bonus. But the point was that the merger ratio would take place at more or less market rates. That implied that shareholders of both companies accepted the market’s valuation of the other. Big mistake.

The way this turned out, shareholders of AOL ended up owning 55% of the new company while Time Warner shareholders only owned 45%, meaning that the smaller shark, AOL, had in fact swallowed the far larger whale shark, Time Warner.

After the merger, the profitability of the ISP division, the old AOL, and the market valuation of similar independent Internet companies fell drastically, which required the company to write down the value of this division, a process known technically as a “goodwill write-off”.

Net result: AOL Time Warner reported a $99 billion loss in 2002, the largest loss ever reported by a company. This caused a certain amount of gnashing of teeth among investors, and former AOL chairman Steve Case was not regarded warmly. He left.

Fast-forward to 2009. The company, now known just as Time Warner, has decided to split off AOL once again. This will happen early in December and the plan suggests AOL’s market capitalisation will be about $3.44 billion on listing. When AOL’s plan to merge with Time Warner was announced in January 2000, the Internet company was valued at $163 billion.

It’s a sad story, but a true one. Yet once all the dust has settled, it appears AOL still has 8.1 million subscribers and a (much-depleted) $3 billion a year turnover.

That’s some story. Time for a sequel?