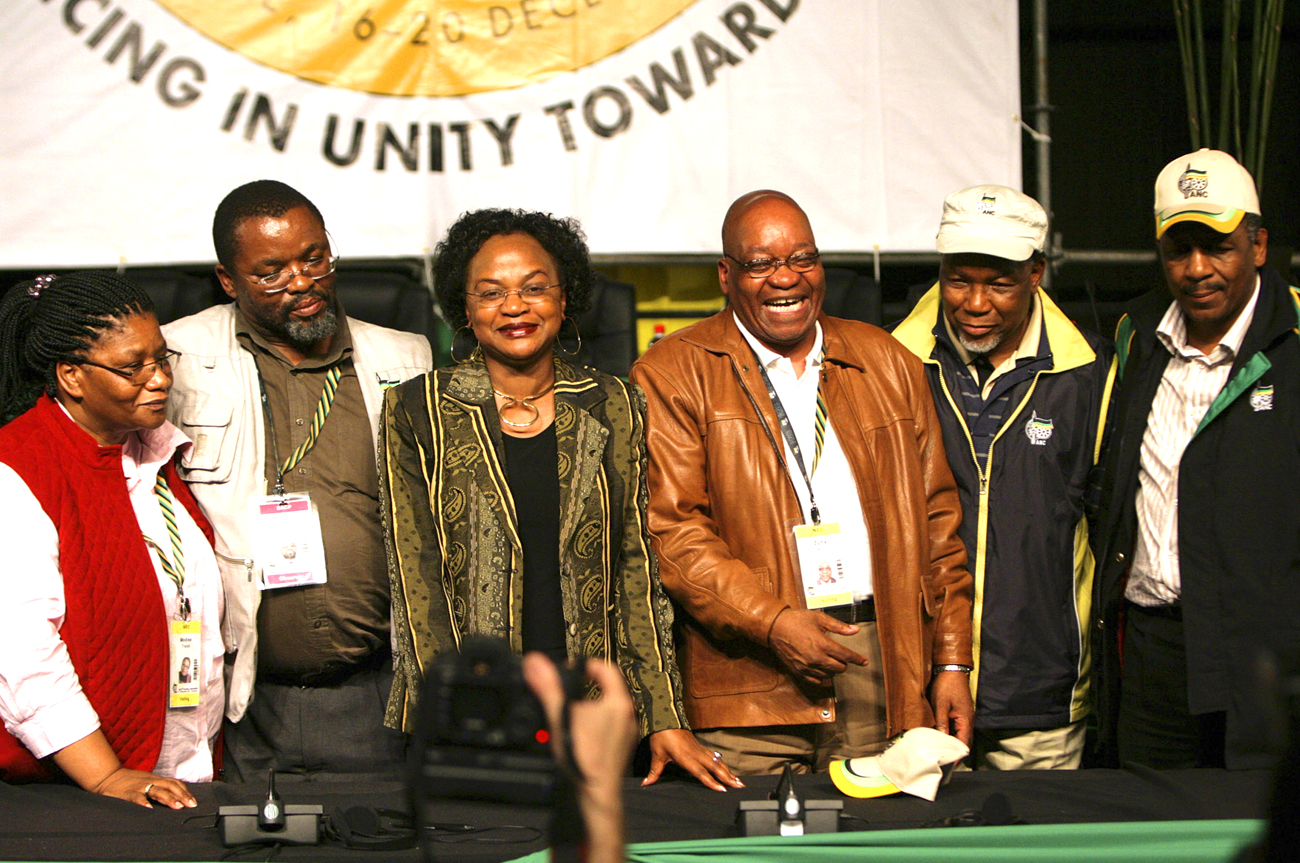 It’s a tricky business, governance. You’ve got to manage everything: your Alliance partners, perceptions, the markets, the media, the reality and, of course, Julius Malema and his ever-increasing cohorts. And although the ANC is still managing to successfully claim the middle ground, it is finding it increasingly hard going.

Life has not been simple for the ANC of late: there’s inflation targeting and Gill Marcus, Judge John Hlophe and the positions on the Constitutional Court,  Eskom and Jacob Maroga. And of course that hoary old chestnut, the proposed nationalisation of the mines.  In each case all sorts of things were said, promised, winked at, nudged towards. And in each case, in the end, the same thing happened.

Look at inflation targeting: Think back to the pre-election period earlier this year.  It seemed at some points, that inflation targeting was dead and buried. Some incompetent, from way past the left of the Socialist Fringe was going to take over from that well-known avocado farmer, and basically make the money in your pocket worth less. Gwede Mantashe was talking about it all the time (although, to be fair, on some occasions he was asked pretty directly). Trevor Manuel at one point seemed to be the only voice of prudence, and even he seemed a little muted.  Certainly, he was drowned out by the regular Cosatu marches outside the Bank’s headquarters.

After the ’09 poll that all changed.  President Jacob Zuma’s first appointment to the Reserve Bank was an insider. He then stunned everybody by suddenly calling a Sunday afternoon press conference. There, resplendent as usual, was Gill Marcus. The markets, and everyone else in the Northern Suburbs, lapped it up.  A period of uncertainty was over.

Exactly the same thing happened with Judge Hlophe. During his Judicial Service Commission hearings, the ANC said it was watching them closely, “to ensure that justice was done”.  It was the worst possible thing to say.  Heck, some of us who knew both the issue, and the ANC well, thought that was a strong indication he would get the top job.  Then Zuma surprised us again, at another surprise press conference, with the announcement of Judge Sandile Ncobo as Chief Justice.

But it all re-surfaced after the complaint against Hlophe was “finalised”, and the JSC’s Constitutional Court hearings began. It was clear that the ANC’s Ngoako Ramathlodi was protecting him. Again and again Ramathlodi tried to stop certain questions being asked of him. Justice minister Jeff Radebe did nothing.  But behind closed doors, we now know that he was busy ensuring Hlophe didn’t get a sniff of the carbon monoxide that comes from the taxis around Braamfontein.

But by far the best example was the saga called Eskom over the last few weeks. We’ve had it all: reports of boardroom battles; the President meeting with the chairman, and the chairman resigning the next day; the deafening silence from the public enterprises department; the ANC Youth League – Black Management Forum axis dancing on the Eskom chairman’s virtual grave. And just as the doom and gloom were settling in, Mantashe, NUM and Cosatu sailed in to restore sanity. Voila! Case closed.

These cases all show that within the ANC, the centre is still holding. It shows that the people who really run the economy are not called Julius. However, with the Alliance being as diverse as it is, the ANC itself has to be careful and gingerly use its voice in these situations.

In any normal country, the president would have come out during the Eskom fiasco with a simple, “I am following the situation closely, and I can tell you that investors have nothing to fear”.  That’s all.  The words really mean nothing, but do provide welcome, if vague, reassurance that the right thing will happen.  During the Hlophe saga, Radebe could have cut off all the speculation at the knees with a simple “I’m sure the JSC will take any claims against a Constitutional Court candidate very seriously when it comes to the interviews”.  The Nationalisation of Mines debate could have been put to bed with a simple Mantashe quote “Malema doesn’t speak for the party on this”.

And yet in all of these cases, nothing was said, at least not publicly. And the main reason lies within the ANC’s broad church.  Keeping radical re-distributionists and Tokyo and Cyril happy at the same time required hard work and plenty of patience.  Once a solution to a problem has been found, it first has to be sold to the more-and-more radical left.  It’s here that Zuma’s choice of Gwede Mantashe is so crucial. It’s often forgotten that while he’s the secretary general of the ANC, he’s also the chairman of the SACP.  As he once told the Business Day’s Karima Brown, “the SG of the ANC and the chairman of the SACP are in constant and total communication with each other”.  This nexus of real influence is truly a fascinating one. And it happens to work, for now.

But just because it all worked in the past does not mean everything is necessarily going to end up well the next time. And the “next time” is probably just around the corner. Every time we wait for the ANC’s top brass to sell their solution to the left, real and lasting economic damage is done. The Economist wasn’t going to miss an opportunity to use the words race and power in a headline last week. Malema is well aware that Bloomberg follows the words “Julius” and “mines” very closely. And the legal fraternity really did take fright over the Hlophe affair.

Mantashe, and some of the people around him are great salesmen.  Governing is using their talents to the maximum these days. But soon, the problem will come knocking that not even the Talented Mr Mantashe will be able to solve.