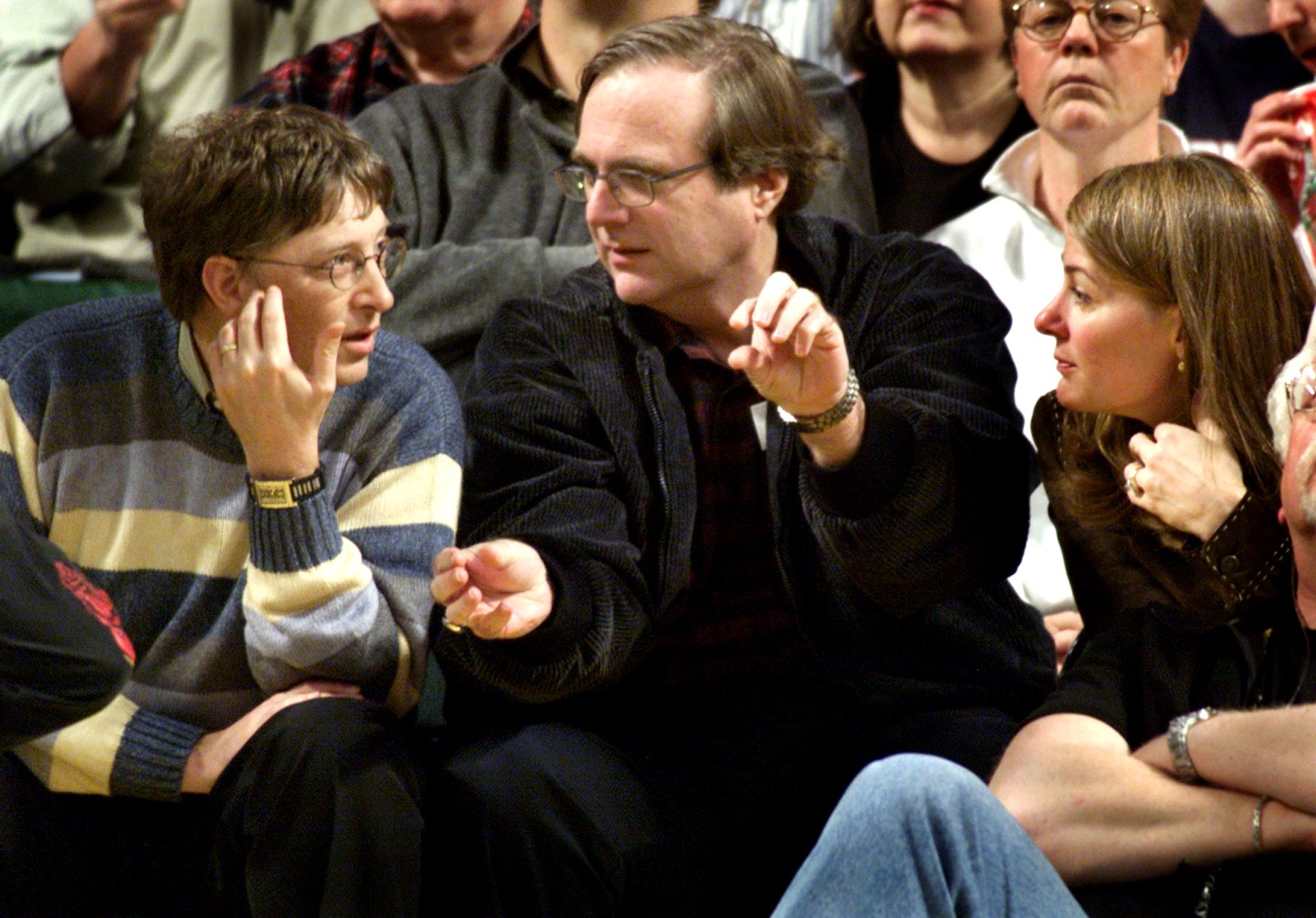 Paul Allen, the guy who started Microsoft with Bill Gates, has been diagnosed with non-Hodgkins lymphoma. It’s the third time that one of the world’s richest men has had to fight for his life.

More than 25 years after he was treated for Hodgkin’s disease, Microsoft co-founder Paul Allen has been diagnosed with non-Hodgkin’s lymphoma. The news was made known on Tuesday in an email sent to employees of his investment firm, Vulcan. Jody Allen, Vulcan’s chief executive and Allen’s sister, wrote in the message that Allen has begun chemotherapy, and that “doctors say he has diffuse large B-cell lymphoma, a relatively common form of lymphoma.”

In 1983, when Allen first received a diagnosis of Hodgkin’s disease, he left Microsoft for radiation therapy and a bone marrow transplant. He beat the disease, but never returned to an operational role in the company. Still, the stock he retained in the software firm resulted in him becoming the 17th richest man in the United States, according to Forbes magazine (2009). In 2007 and 2008, Allen was listed amongst Time magazine’s 100 most influential people.

“Paul Allen is the world’s most obscure celebrity, its hippest geek, its most flamboyant introvert,” Time noted in the listing. “He is also one of its most successful dropouts. The other is Bill Gates, Allen’s Seattle high school chum…” College dropouts Allen and Gates co-founded Microsoft in 1975. Known initially as “Micro-Soft,” the company’s early strategy was built around the marketing of a BASIC programming language interpreter. In 1980 the pair promised IBM a Disk Operating System (DOS) that hadn’t yet been developed, so Allen bought a Quick and Dirty Operating System (QDOS) written by an employee of another firm. As a result of Allen’s actions, Microsoft landed a contract to supply the DOS that would one day run on all IBM’s PCs.

Allen has since shed around US$4.5-billion in total worth on the back of the global recession, but this knock is as much a result of his wild investment decisions as it is a sign of the times. Through Vulcan, Allen had invested heavily in Charter Communications, a cable company, and Diego, which made set-top boxes. Both companies filed for bankruptcy in 2009.

Earlier this year, under considerable stress due to the US$21.7-billion debt of Charter Communications, Allen fought a life-threatening battle with heart disease, which led to a heart valve replacement.

Amongst Allen’s other investments have been Space Ship One, a rocket-powered aircraft that in 2004 reached suborbital space, and which subsequently won the Ansari X Prize for the first privately manned spaceflight. Allen also bought the Seattle Seahawks of the NFL and the Portland Trail Blazers of the NBA, to keep them from relocating out of the Pacific Northwest.

As a philanthropist, in 2003 he established the Allen Institute for Brain Science, which has as one of its goals the genome-wide mapping of the human brain. According to the institute’s website, “When completed, this revolutionary new tool will combine information about gene activity with anatomic knowledge – presenting a comprehensive resource to take researchers to dramatic new levels of understanding and discoveries surrounding the human brain. The Allen Human Brain Atlas may enable unprecedented insight into diseases such as Alzheimer’s, autism, epilepsy, schizophrenia, and drug addiction, and help inform how best to intervene therapeutically.”