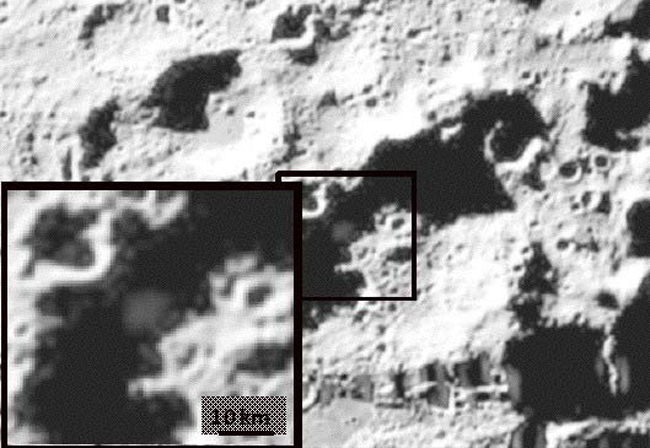 Okay, it’s not exactly a flowing-rivers-and-deep-lakes type, and the Moon is still drier than the driest deserts on Earth, but NASA’s Friday’s announcement has changed many of the perceptions we’ve had about our lonely satellite.

On 9th October, the Lunar CRater Observing and Sensing Satellite (LCROSS) experiment saw two impact craters created near the Moon’s South Pole, one of them by the spacecraft itself, the other by its spent Centaurus rocket stage booster. The experiment was captivating, as we humans don’t get to send a spacecraft and intentionally slam it into our cosmic companion every day, so we all watched as the hunks of steel disappeared from our TV screens and the monotonous control centre voice confirmed impact. And then, nothing. No spectacular explosion, no fireworks. All that was left was to wait until scientists did their job of analysing the impact data, hoping to find what they were looking for.

On Friday, they announced that they had done exactly that, proving beyond any doubt there’s water on the Moon. Quite a bit of it, actually, said Anthony Colaprete, the principal investigator for NASA’s Lunar Crater Observation and Sensing Satellite at a triumphant press conference at the Ames Research Center in Mountain View, California. The 9,000 km/h impact created a 20 — 30m hole and shot a trail of debris more than a 1km into space; more importantly, it also kicked up to 100 litres of water. Photo: Lunar Crater Observation and Sensing Satellite’s (LCROSS) principal investigator Anthony Colaprete speaks at a news conference after the twin impacts of LCROSS, and its rocket’s upper stage in Moffett Field, California October 9, 2009. Searching for stocks of water on the moon, NASA crashed two spacecraft into an eternally dark lunar crater, hoping to splash ice into the light where instruments could assess it. REUTERS/Kim White

Okay, now we know, but what does it really mean for all of us back here, on Earth, apart from felling good that our humble satellite is not exactly dead just yet. Quite a bit, actually. First, if we develop an efficient technology to extract water from the Moon’s soil, it will make our travel to Mars and other planets a much easier, two-step process, with establishment of a permanent Lunar base becoming a distinct possibility. Second, and equally exciting: if we manage to extract ice cleanly, it can reveal billions of years of history frozen in it, not unlike the case with the Antarctic ice.

Both options, of course, may work only if we actually fly to the Moon again. Maybe this historic find will bring Nasa’s original 2020-lunar mission plans back into the US budget. Let’s raise a glass of water to toast to that hope.