ANALYSIS: What do JFK, the Moon landing and Jacob Marog...

ANALYSIS: What do JFK, the Moon landing and Jacob Maroga have in common? 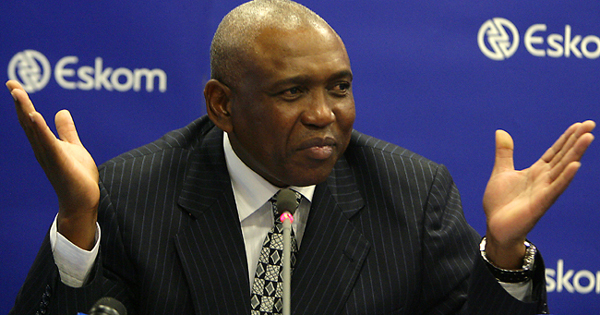 Eskom’s explanation about its leadership crisis raises more questions than it answers.

There are some things that people just want to know. They want to know who killed JFK. They want to know if a man really walked on the moon, or if it was actually an elaborate Hollywood set. When it comes to Eskom, people want to know what’s happening not because of the inherent interest of the subject, but because there is a good chance it will affect their ability to make coffee in the morning. And if they can’t make coffee that would cause personal discomfort and repeated expletive outbursts, which could lead to high blood pressure and broken homes.

So after nearly a week’s worth of confusion in which the CEO Jacob Maroga was said to have resigned, then apparently didn’t, then the Chairman Bobby Godsell resigned, but may not have, Eskom finally held a press conference today to explain everything.

Courtesy of press association Sapa, this is what we now know:

Are we clear now? No, not really.

Why is it that Makwana is satisfied that Maroga has resigned? It sounds a bit like Maroga’s resignation is something that Makwana believes rather than being an actual fact, which is exactly what the problem has been from the start.

If you play chicken, you need to be prepared to lose. He played. He lost.

This is the reason why in the mind of the board, he resigned, but in his mind, he apparently has not actually, as yet, finally, totally resigned on paper. Except that apparently he now has.

This would explain why the ANC Youth League, in the midst of a racial rampage, taunted the board by demanding they produce Maroga’s actual resignation letter, which obviously the board could not do because there was an ultimatum, but no letter.However, this is just a theory. What actually happened is still unclear.

There are other things we don’t know, among which are these:

The turn of events also raises another problem; did the ANC Youth League once again blunder into an area of national crisis boots first? The League and the Black Management Forum appear to have sided with Maroga without realising that he had been involved in this game of chicken with the board. If they knew that he had made acceptance of his plan a prerequisite for his continuation as CEO, then surely the Eskom situation is at the very least comparable to the situation with SA athletics boss Leonard Chuene – who was supported to the hilt, only for it to emerge later he had lied.