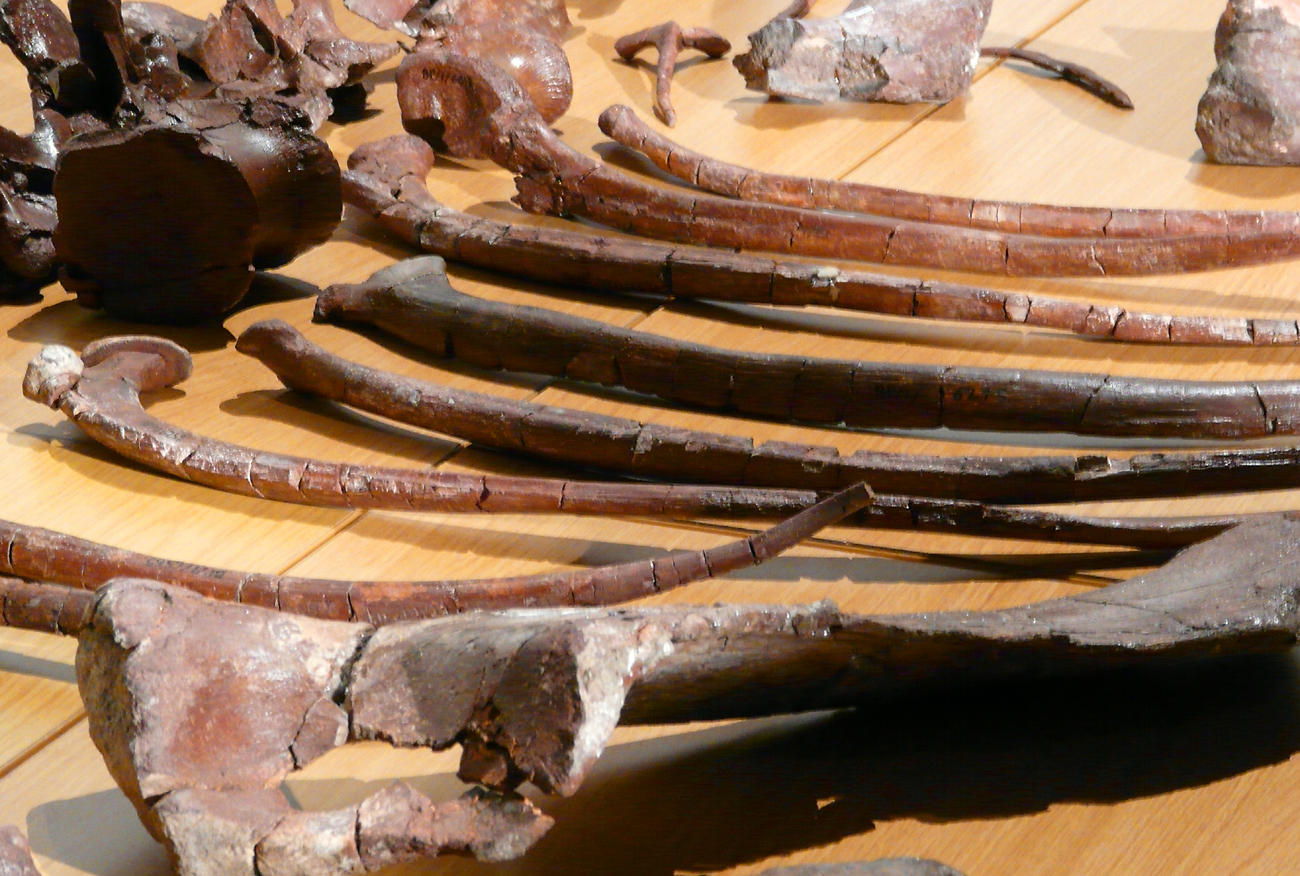 Yates says the team realised that the find in northern Free State was not bones from the common sauropod that wandered the plains of southern Africa, and makes up 90% of finds in the region. “We had something new and very exciting.”

The new dinosaur transitions from the earliest small, bi-pedal creatures, to the huge plant-eating sauropods depicted in the movie Jurassic Park – in other words, a classic “missing link”. First discovered by research student Marc Blackbeard, the new find was named “Celeste’s Earth Claw”, or Aardonyx celestae, in honour of Yates’ pregnant wife, who later prepared much of the fossil for public display.

“It’s not a sauropod – it’s close,” Yates said. “It is a transitional fossil caught between the two body types [prosauropod and sauropod]. It is the Australopithecus africanus of dinosaurs – an intermediate. It is on the cusp of becoming a quadroped [four legged] – a sauropod. Aardonyx appears to have been less than 10 years old, and some seven to nine metres long. While Yates could not say exactly how large it was, he says it had a hip height of 1.7 metres and weighed, possibly, 500 kilograms, with adults being somewhat larger than this. This differs radically from the common sauropods of the area, which walked on all fours and grew to 40 metres long, and weighed up to 100 tonnes.

Aardonyx foraged for vegetation in what paleontologists call riparian forest near Senekal some 183 million to 200 million years ago. The dinosaur’s wet and wooded ecosystem was in an area famous for fossil finds, the Karoo Basin, leading Yates to believe that the team may have found a new riverine environment set among the arid plains on which the giant sauropods wandered.

“We want to know if we have stumbled upon a paleo-oasis” he says, referring to a creature that shares with sauropods a small, narrow head and bony jawbone that holds teeth in place for stripping vegetation, and not normally seen in early bi-pedal sauropods.

Numerous bones from the creature’s skeleton were found lying among weathered, exposed onyx rocks, in the lava formations that make up the Drakensberg Mountains. The find was dated by the method of super-position, which relates to the geomorphology of the area.

Yates says Aardonyx is a “primitive holdover from the early transition” from small, bi-pedal dinosaurs to the huge vegetarian sauropods that dropped to all fours to hold their weight. The little dinosaur bore all its weight on the inside of its foot, which was a very sauropod way of walking. “But here we have a slow, lumbering biped doing this,” although it appears Aardonyx could drop to all fours as well.

The team also found carnivore dinosaur teeth nearby. “We know it was fed on by a carnivore, but don’t know whether it killed it or fed off it,” Yates said, indicating that the best estimate was that it was a drought-induced death.