Gordon Brown - a figure of sympathy?

Gordon Brown – a figure of sympathy? 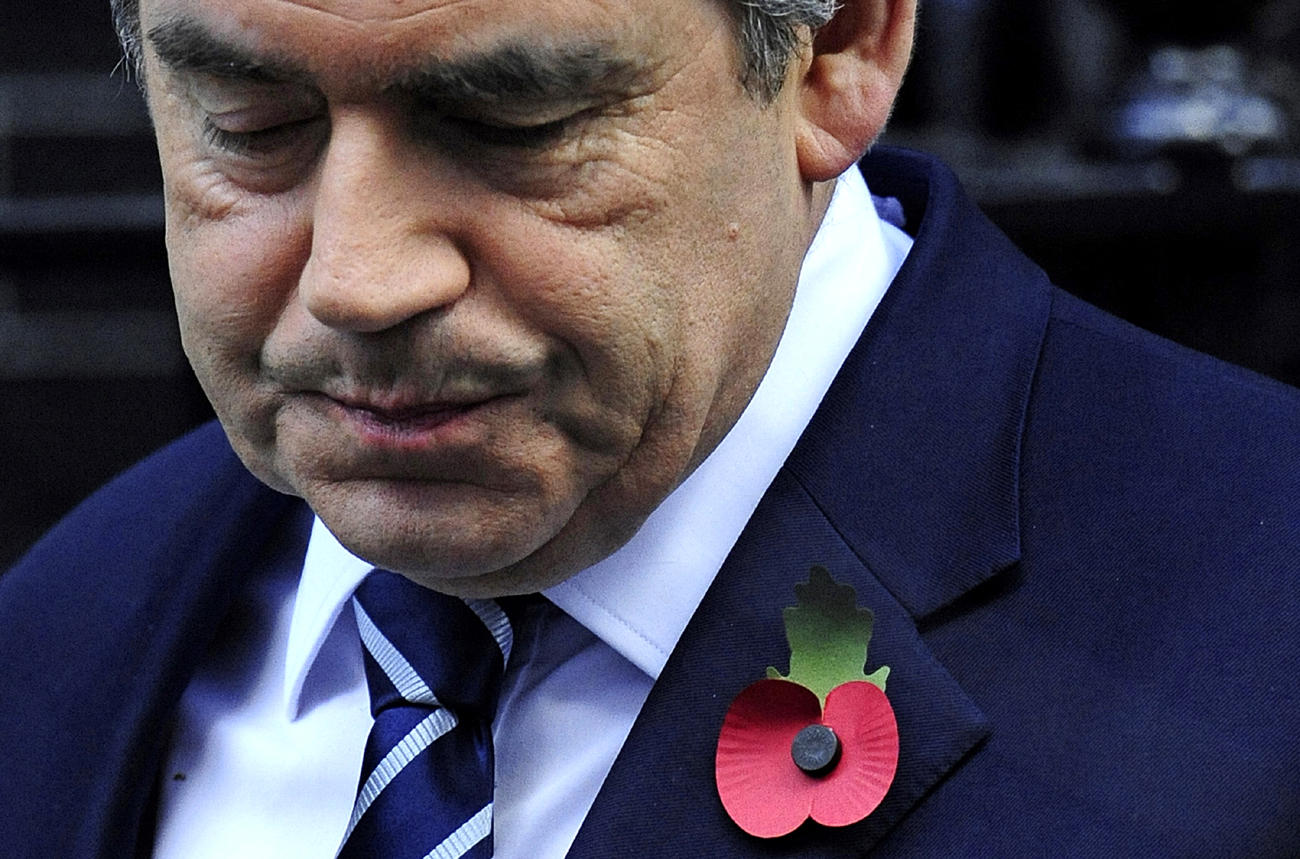 Almost since the day he finally became Prime Minister, after what seemed like an eternity in waiting, just beyond the golden ring of sunlight, Gordon Brown has seemed slightly off balance or out of focus with the times. Most recently, the media have seemed to be licking their lips in anticipation at any opportunity to take yet another swipe at him.

Then, suddenly, there it was – he’d handwritten a condolence letter to the family of a British soldier who had died in Afghanistan and Brown misspells the family’s surname. Gotcha! Now, after the first wave of schadenfreude, British newspapers find themselves a little uneasy at their criticism of Gordon Brown. Even the Daily Express – a paper that chortles it “detests” Brown’s values – has been moved to say, “He does not deserve this. Inept though his letter may have been, there is no doubting his good intentions or the sincerity of his condolences.”

They continue, “So, yes, it’s easy to understand why Jamie’s mother took offence, in the depths of her grief, at what appeared to be a slapdash note, scrawled in haste”. But, they add, “Isn’t it also possible to feel sympathy with Mr Brown, over the way in which Jacqui Janes’s grief has been exploited by his party-political enemies in the Press to humiliate him? ….So wasn’t there something discreditable about the way this private conversation [when he called to apologize about the mistakes in his letter] was recorded and published as part of a campaign against his conduct of the war?”

They conclude by lecturing Brown to take more care in his writing – but also to do a much, much better job of explaining what UK military personnel are doing in the mountains to deny anti-Western terrorists an Afghan haven, bordering on a nuclear-armed Pakistan.

Let’s go back just a bit, now. In an era where everything political seems to pass through spinmeisters, computers and the ubiquitous spell-check application, here was a handwritten letter offering personal condolences to a mother whose son had just died in battle in a far-off land – something that leaders have been doing for those who grieve for as long as men have gone to war. Yes, Brown is no Pericles for sure, his letter was no “Funeral Oration for the Athenian Dead,” and, yes, his note had spelling mistakes. But this effort to do the right thing ended up putting Brown back on the back foot yet again, apologizing for his poor hand, even as he had to defend a war that has seriously fallen out of favour with the British population.

All this business with the letter might have stayed private except that Janes promptly turned the letter over to the Sun, a tabloid not known for its subtlety. The letter was published with a tasteful headline, “Bloody Shame.” But this letter also has become something of a stand-in for the national debate about whether or not the UK should even be in Afghanistan with nearly 10,000 troops, of which some 232 have died there since October 2001.

Brown’s apology with its hint of reference to his own loss of a daughter, when he said, “I’m a parent who understands the feelings when something goes terribly wrong”  seemed finally to mollify Janes – and make Brown sympathetic for a moment – when Janes said, “Today he looked sincere. He looked humbled.”

In contemplating Gordon Brown’s anguish, it may be helpful to recall another letter, written nearly 150 years ago by Abraham Lincoln, at the height of the American Civil War. Lincoln was writing to a mother who had lost all five sons in a few months of fighting. Lincoln agonized over every battle death, but these seemed especially poignant to him.  As he wrote to Mrs. Bixby in Boston:

I have been shown in the files of the War Department a statement of the Adjutant General of Massachusetts that you are the mother of five sons who have died gloriously on the field of battle. I feel how weak and fruitless must be any word of mine which should attempt to beguile you from the grief of a loss so overwhelming. But I cannot refrain from tendering you the consolation that may be found in the thanks of the republic they died to save. I pray that our Heavenly Father may assuage the anguish of your bereavement, and leave you only the cherished memory of the loved and lost, and the solemn pride that must be yours to have laid so costly a sacrifice upon the altar of freedom.

Yours very sincerely and respectfully, A. Lincoln.

Now that is a letter. Alert readers may catch the fact that this is the letter Gen. George C. Marshall was carrying with him in the opening scenes of the film, “Saving Private Ryan,” about D-Day in World War II.

Read more at the Daily Mail, the BBC, the Guardian and the LATimes, among others.