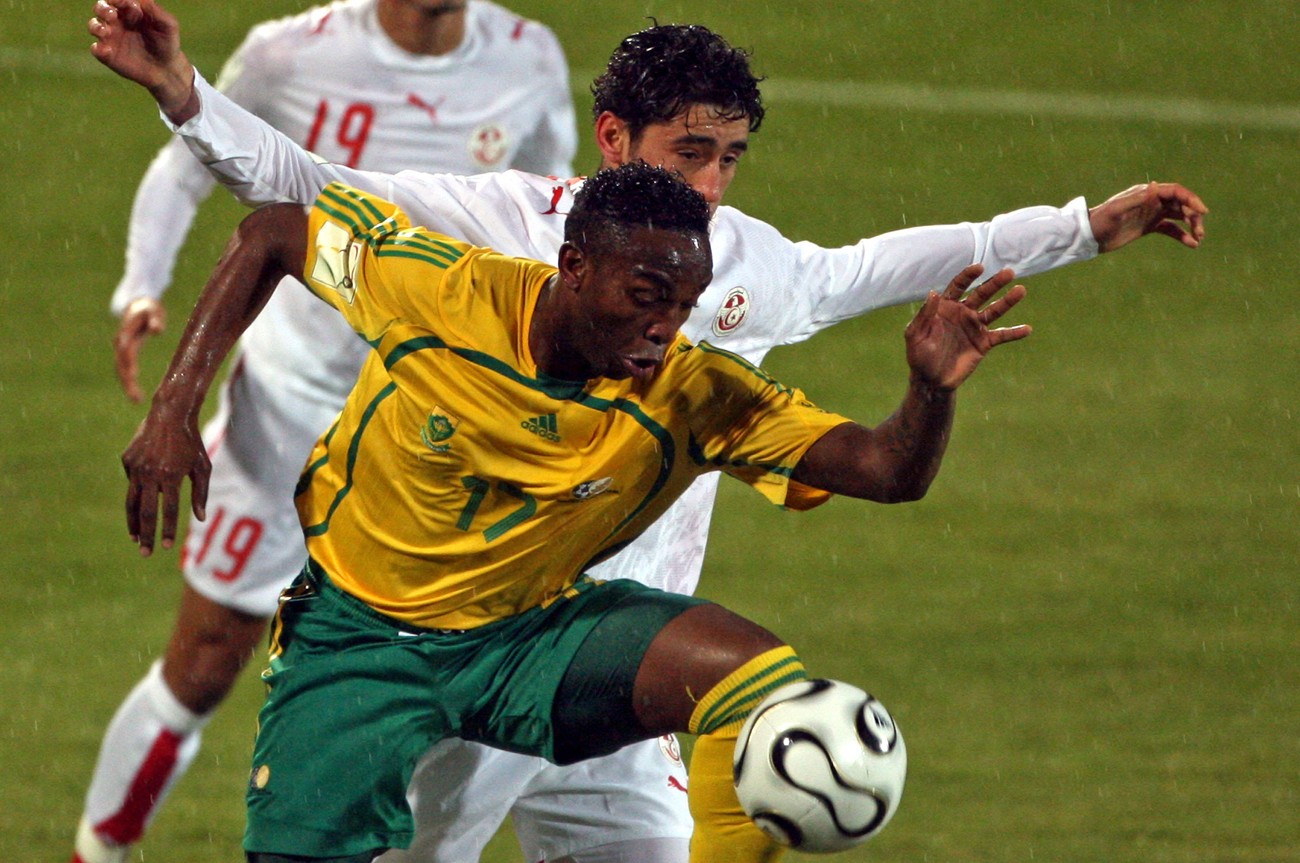 You probably need to be sitting down for this. Ok, ready? Benni McCarthy is actually a nice person.

Well, not so-fast. Not butter-won’t-melt-in-his-mouth nice. Not Hello-Kitty nice. But generally much nicer and more grown up than ever before. He is even – and this you won’t believe – a smidgeon more modest than he has ever been before.

Newspaper posters and headlines on Tuesday claimed the renowned bad-boy of South African soccer was sincerely sorry for everything that had happened.

The Times reported that McCarthy admitted to being “young, dumb and a loose cannon”. But now, he has changed. “I am now man enough to say I am sorry,” he told soccer writer Mazola Molefe.

Being dropped from the Confederations Cup hosted by South Africa in June, a decision taken by former coach Joel Santana, had left him heartbroken, McCarthy said.

“Oh yes, and one other thing. Can I have my place back in Bafana Bafana?”

Actually, he didn’t say that. But clearly this is what he is looking for. What he did say was that he wanted to clear the air and make a fresh start with the national team. He has already been called-up for the friendly matches against Japan on Saturday and Jamaica on Tuesday.

The change of attitude may or may not be genuine, but from a public relations perspective, it’s an act of consummate brilliance.

McCarthy must know that he is pushing on an open door. Bafana Bafana now have a new coach in Carlos Alberto Parreira, the man who once before called him back from the wilderness, and has now done so once again.

McCarthy is 31 and with his career reaching its last phase. It’s critical to get one last lucrative signing which is, of course, now contingent on firstly playing and secondly shining in the World Cup – even if the team as a whole does not.

McCarthy is also a gifted goal-scorer, precisely the weak point in the Bafana Bafana side. His form has been lacking, but the fickleness of a striker’s life was demonstrated once again this past weekend when he and Jason Roberts transformed the Blackburn team. They came on as substitutes to haul the team back from a 0-1 deficit to a 2-1 victory over Portsmouth.

Ironically, Portsmouth, the team in which Bafana captain Aaron Mokoena already plays, is the team where he is speculated to be headed during the January transfer window.

And just to show that he has not turned into an absolute puppy, this is what he said about his current team: “In my opinion I am better than what we have at (Blackburn) Rovers, but unfortunately the manager prefers a different style of player. I am not the type of player he wants and that is why I am not playing.”

Kick Off editorial director Richard Maguire says the notion that McCarthy is just impossible to deal with and hopelessly arrogant is somewhat misplaced. The fact that 80% of South Africans think he is totally at fault is one of the most successful efforts at spin in history of the South African soccer authorities, according to Maguire.

“He just calls it like he sees it, and often that gets him into trouble.” But it’s good to see he is making more of an effort, says Maguire.

McCarthy is obviously urgently required in the Bafana team since he actually knows how to connect that bit of round leather with the net – something the team does not appear to have mastered particularly at this stage, Maguire says.

So Bafana Bafana and Benni’s circumstances and agendas finally overlap, but McCarthy, to his credit, has made the fulfilment of his necessary part so much easier. The only thing now is to score a few goals.

Actually, even one would be nice.