How Joost came to tell the truth 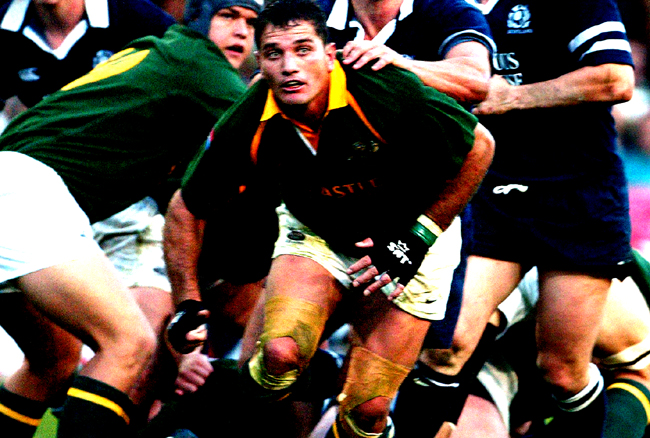 From the man who wrote the book (the second book, if you are counting), a firsthand account of how the most famous chapter came to be. You know, the one about The Video.

On 21 March 2009 The Weekender newspaper published an interview I had done with Joost van der Westhuizen. A couple of days after it appeared, Joost called to thank me. He said he was surprised to find that nothing had been altered and that the final copy was exactly as we had agreed. I was surprised that he was surprised.

About two weeks later, Joost again contacted me. He asked if I would be interested in writing a book with him. It was a bit like Madonna phoning and offering me a private show. Well, not quite, but you know what I mean.

I had, however, to temper the enthusiastic, gushing acceptance that welled up inside of me. Because, in my research on Joost for the sports interview, I’d discovered that Edward Griffiths had already written his biography (up until 1998), titled Joost: For love and money. As if I was continually being inundated with requests to write books about legendary scrumhalves, I indifferently inquired why he would want another book so soon after Ed’s.

His response was that, since 1998, a great deal had happened in his life that needed exposing; he thought a book would be the best way to go about it. I mentioned that if he was looking for someone to whitewash his indiscretions – an obvious but unspoken allusion to the famous video – then I wasn’t his man. “No,” Joost said. “I will tell you stuff that will make your eyes water. With regard to the video, that will be in the last chapter, and it is going to blow everyone’s socks off.” I have a penchant for having my socks blown off, so of course I was in. But despite that promise, I don’t think at that time the embattled rugby legend had made a conscious decision to come clean, to confess about his involvement in the video.

I’m not sure how he thought he was going to surprise me, but I’m convinced it was more that he hoped by the time we got to the end of the book, between us we would have found a way to get around the whole thing rather than expose him. Conversely it was also not my considered intention to confront him or insist that he plead guilty. However, I think we both knew there would at some time be a reckoning between us.

Also, much as I was flattered to be his biographer, I knew I could never put my name to something that was a lie. So much as I hoped it wasn’t him in The Video, at some stage I knew I was going to have to establish one way or the other whether it was. Eventually that time arrived and I got hold of Marlize Von Emmenis, the girl in The Video. Regretfully she confirmed everything I hoped she wouldn’t, and I realised a confrontation with Joost was imminent.

It wasn’t pleasant to have to tell someone I had by then grown quite fond of that he was a liar, and that there was only one way forward. But to my surprise I discovered that it was almost a relief to him, something he had almost been waiting for. Much as we both would have liked an easier way out, we couldn’t escape the facts: the only way out was for him to finally start telling the truth.

Regardless of whether I influenced or coerced him to confess; or if I was simply the catalyst he had been waiting for to make him do the right thing, in the end he had to do it himself. He had to effectively decide to humiliate himself in front of his wife, parents, in-laws, brothers, friends and supporters.

Now that it is all in the public domain and he has been on radio and television, I have witnessed at close hand how horrible and difficult it has been for him. Hopefully he learned from the experience. And hopefully the more sensationalist side of the media will now finally leave him alone.

Gemmell is the author of Joost: The Man In The Mirror, now available in every bookstore ever visited by a rugby fan.