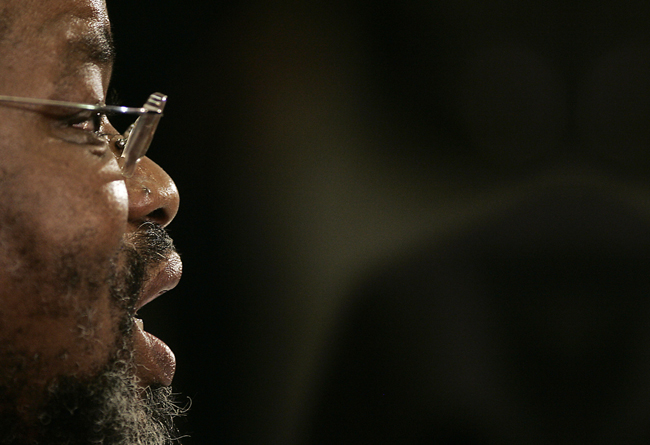 Finally, after an endless stream of diarrhea dressed up as political speech, Gwede Mantashe has spoken up. It’s time to end this trend? Well, that he didn’t say. What he did say was “someone who vilifies their opponent is seeking only to end the debate, he kills it”. Given his position and the ANC policy on criticism of comrades (“there shall be none”), those are pretty strong words.

Mantashe is always canny, and in a statement from the National Working Committee he slammed the Gauteng Young Communist League for its attack on Mathews Phosa. Phosa had told an audience in London that no major changes were planned in party policy regarding mine ownership. It was a convenient example. Manthashe doesn’t want the headline “Mantashe vs Malema” in the Citizen. So he got around it.

But when asked whether he was speaking as a general policy, or just about internal alliance relations, he took the bait he’d probably been looking for. “It doesn’t matter who you are talking to, once you are personal… you kill a debate”. If you can’t make out the letters M, A, L, E, M and A in that, look again.

However, it is clearly not just Malema he’s aiming at. He seems to have realised that it is time to do something about the political language that’s been used over the past few weeks. The final straw may well have been the ridicule dropped on Malema’s head over his insistence that the Youth League’s Free State leader, Thabo Meeko didn’t mean “shoot Jansen like a criminal”, when everyone had heard the tape and seen the video. He made the entire party look stupid, and Mantashe can’t allow that.

Then there was the reaction over the weekend. When almost every weekly paper carries an editorial about one subject on one weekend, that’s generally the cue for Mantashe to act. He’s now done that, but it’s going to take some time to undo the damage. Once people are used to shouting and screaming, it takes a long time to bring rationality to bear.

Mantashe has taken a more decisive line on the sudden debate around the nationalisation of mines. “There has been no decision to nationalise the mines in any ANC Congress,” he says . In ANC politico speak that doesn’t mean much, but what came next was a thorough crapping-on for those “who misinterpret the Freedom Charter”.

If what he’d said before wasn’t a slap in the face for Malema, this clearly was. Malema has been the one shouting and screaming about it (and sharing a podium with The Daily Maverick’s Tim Cohen on the issue). It’s been he who has been quoting the Freedom Charter, and saying things like “nationalisation will happen, and it will happen soon”. Mantashe clearly would beg to differ.

It’s been an odd time for the ANC of late. The lefty lunatics were running the asylum, apparently. They’d taken over the public space left vacant by all the ministers who are still trying to come to grips with their departments. Mantashe is one person who, when he says something will happen, it actually happens.

And on Tuesday he gave it to Malema on both cheeks.

Photo: South Africa’s ruling ANC (African National Congress) Secretary-General Gwede Mantashe addresses the media in Kempton Park, outside Johannesburg, September 20, 2008. South Africa’s ruling party said on Saturday it had decided to recall President Thabo Mbeki before the end of his term next year and that he had pledged to accept the move and step aside voluntarily. REUTERS/Siphiwe Sibeko (SOUTH AFRICA)