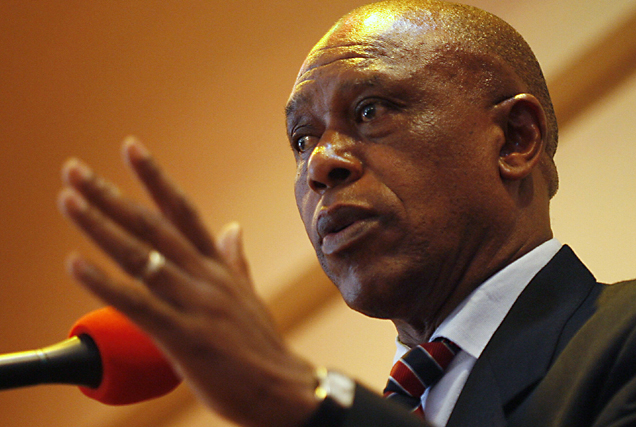 Tokyo Sexwale got one of the toughest portfolios in government as reward for his (eventual) support of Jacob Zuma in the internal ANC power struggle that peaked in Polokwane. He's just beginning to realise what a poisoned chalice it is.

There’ll be a massive, nationwide audit of government housing, Human Settlements minister Tokyo Sexwale announced in Monday. He doesn’t want any more surprises, so he’s promising to “use a sharp pencil to underline where the money is going”, find out who’s mis-using it – and then deal with any such wrongdoers.

All good, headline-grabbing stuff. Sexwale is always forthright, but he gets a little wooly when asked a simple question. How long will this audit take? He can’t say. It’ll be on a case by case basis. Okay. “You know thought that audits like this have a habit of lasting forever?” “Yes, but I want this one to be crisp, quick.”

What’s really got him going is the sheer number of houses that have been built by government, and subsequently demolished because they’re crap. Three months after the contractor goes, typically, the cracks start appearing. Soon after that the structure is wholly unsafe. In just the last couple of months 1,500 houses have been broken down. Sexwale compares that to “this place I have in Franschhoek”. It’s 300 years old, and apparently still going strong.

This audit is supposed to identify good contracts and bad ones, so the department knows which ones to use in future. Sexwale also wants a central database so people can see where they are on the housing delivery queue. If they don’t move up over time, then they can cry foul and find out why. Good, sensible stuff.

The dilemma that Sexwale really faces is one a certain President and recent Nobel laureate will find familiar. If you want to build lots of houses, you need to spend lots of money. If you want to stimulate a big economy, it’s going to cost you plenty. And as you pour it all in, some of it goes to the wrong place. It’s the seemingly unavoidable law of government spending. The only way to stop it is to institute spending controls, which stops the money flowing, which leads to not many houses being built, which leads to a bad night for the local councilor.

But that’s not even the real problem. The real issue is that someone somewhere needs to shift a paradigm. The number of people needing houses is more than the number of houses that can realistically be built, using current policies. In other words, even by running as fast as he can (and he looks very fit does Tokyo) he’s not going to keep up with demand.

At the moment the Presidential hotline is getting about 500 housing related calls a week. That’s a statistic the President will be aware of. And it’s not a grade that will allow Sexwale to get a gold star or go to the head of the class (never mind the front of the queue for the ANC’s upcoming Mangaung Conference).

The Human Settlements Ministry is in an impossible situation; it’s an impossible portfolio. Maybe that’s what happens to you if jump on the train just outside Polokwane: you get a bad seat.