Afghanistan: If you can’t get what you want, you bett...

Afghanistan: If you can’t get what you want, you better want what you get 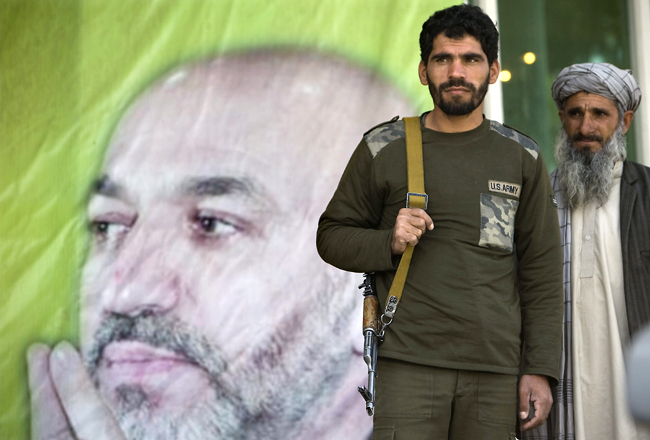 Now that Abdullah Abdullah has taken  himself  out of the runoff, Hamid Karzai becomes the last man standing. As a result, the country’s elections commission declared Karzai the winner on Monday, regardless of the fact it is widely agreed the first round of the election was fatally tainted by rampant voting irregularities.

The actual result creates increasingly difficult challenges for President Obama, for America and the other NATO nations whose forces are serving in this tormented country – and for Afghanistan’s own population and this country’s neighbours as well.

Even before Obama was elected president, he pronounced Afghanistan to be the necessary war – in part to differentiate the policies he would follow if elected from the hapless George Bush — as well as from his opponent, senator John McLain, in the campaign. (Both the Republican president and the party’s candidate in the 2008 election were insistent that Iraq was a key focal point for American interests abroad.) Once Obama became president, he quickly re-oriented the nation’s commitment in Iraq, earning a round of applause – even from the military. That, together with the impact of Bush’s troop “surge”, seemed to give the new administration enough space, and enough time, to make Afghanistan the place for a new start strategically.

But things have not quite worked out as planned. Hamid Karzai’s regime is corrupt and ineffectual, its army is not strong enough, or big enough, or willing enough to spread its impact throughout the country with any degree of authority.  Major sectors of Afghanistan are now under the control of a resurgent Taliban – even as Al Qaeda itself has probably moved into the rugged north-western frontier regions of Pakistan, increasingly linking up with that country’s own fundamentalist insurgency.

There is trouble in Hamid Karzai’s family as well. In recent days, his own brother has been tagged with being in cahoots with illegal opium trafficking (presumably the Taliban’s major source of funding) as well as having simultaneously been in the pay of the CIA. (Aside from what it says about Karzai’s brother, the fact doesn’t say much for the CIA either.)

Given that Hamid Karzai has now gained a new term as president out of an election that would never be declared ‘free and fair’ in other circumstances, that his brother is part of a network of corruption, and that America’s essential target in the region, Al Qaeda, has moved on, the question increasingly being asked within Obama’s own party, and among many in the electorate as a whole, is just exactly what are Americans fighting for in Afghanistan?

Consequently, the Obama administration’s internal debate over whether or not to accept Gen. McChrystal’s proposed troop increase for Afghanistan (at any of the general’s proposed levels between 10,000 and 65,000 soldiers) is a very difficult one, with few, if any, good options. Karzai’s regime is hardly worth spending lives and treasure on, especially after he clearly stole the election. But to reject McChrystal’s proposal could risk alienating their NATO allies and there’s always those pesky Republicans, that could inflict significant political damage at home.

Then, there is the problem next door, in Pakistan. If intelligence estimates are correct and Al Qaeda has mostly decamped to Pakistan’s mountain fastness, the rationale for a deeper engagement in Afghanistan becomes increasingly harder to justify. Obama’s vice president, Joe Biden and the former Chairman of US Senate Foreign Affairs Committee, has lately become the champion within the administration for recalibrating America’s involvement in the region to focus onto Pakistan. The country is big, both physically and in population terms and it borders India, Iran, China as well as Afghanistan, it has its own set of domestic Islamic fundamentalist insurgents causing havoc in the cities with suicide bombers (besides Al Qaeda’s forces), it has an unsteady balance between military leaders and a weak civilian government – and it has, as is increasingly noted, nuclear weapons and a very nervous nuclear neighbour, India.

And so, this is where we are now. As Richard Haass, head of the Council on Foreign Relations and a former Bush administration head of the State Department’s Policy Planning Staff has explained, there may not be any good choices – and now Karzai’s tainted legitimacy as a president has just made already difficult matters almost impossible to solve.

Photo: An Afghan security personnel stands guard next to a picture of President Hamid Karzai, who is a candidate for re-election on November 7, during an election campaign rally in Herat October 29, 2009. REUTERS/Morteza Nikoubazl