Reflections on the end of the recession: a ‘brave new world’ awaits – maybe 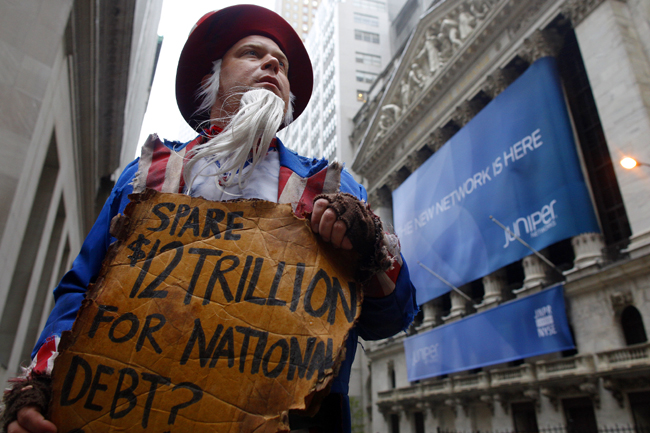 So that was interesting. The “longest and deepest recession since 1929”. Awesome words. Horrible words. Yet, as of Thursday, it was officially over.

The longest and deepest recession in the world’s largest economy, the US, has been officially consigned to the history books. US second quarter growth came in at 3,5%, slightly higher than consensus forecast, in a result that was significantly boosted by government intervention. The growth followed four consecutive quarters of contraction which apparently reached a peak somewhere around the middle of the year. Two consecutive quarters of contraction usually denote a recession.

The extent of government intervention in the US, without which there may have been no growth at all, has meant that the champagne corks remain firmly in the bottles. Yet, the subtle undertones of the investment cacophony have definitively changed. The widespread pessimism has been replaced with a sceptical optimism (recessions are replete with oxymorons), sufficient to push the Dow Jones Industrial Average up close to the 10 000 level again.

What does this mean for the rest of us?

The US economy is such a driver of global growth, broadly speaking the news is good for the rest of the world. The increase tends to underline higher growth rates in developing economies and will support and sustain those only now entering an upward swing – like South Africa. Yet all the static created by the day-to-day investing might obscure some of enormous changes that have taken place during the “longest and deepest recession since 1929”.

The first of those changes concerns the US itself. For almost half a century, the US has been the undisputed bellwether of the global economy. When America sneezed, the rest of the world got a cold. But the 2008/9 recession may well be remembered as the tipping point in the story of the global economic dominance of America.

Many emerging economies either powered through the recession or were less affected by it, with China barely skipping a beat as it continued to grow at rates so mindboggling they remind you of, well, America in the 1950s.  The baton was definitively passed somewhere during this period. That does not mean the US will no longer be a major factor. It’s just that the gap between it and other economies has shrunk.

The “Bric” concept was a clear winner in the recession, with the names Brazil, Russia, India and China all featuring to different extents in the dip and rebound process. Their strength has led to a new phrase being coined: the “LUV” concept. This is the notion that western Europe will experience an “L”-shaped path of protracted stagnation; the US undergoing a “U”-shaped return to growth; and the developing world staging a quick return to growth via a “V”-shaped recovery. The Financial Times calls describes this as “an elaborately finessed rendering of the decoupling hypothesis”.

As it happens, the decoupling hypothesis turned out to be another victim of the recession. Although the Bric countries were resilient, they turned out to be much less resilient than at first anticipated. Or to put it another way, although the word “globalisation” was being bandied about before,  sometimes pejoratively, sometimes casually, it now has a different, much more serious quality. The all-embracing quality of the recession which left no part of the world untouched has reinforced the notion. We are all one thing now. Best we remember that.