Jansen stays and the FF+ goes (on about consultation)

Jansen stays and the FF+ goes (on about consultation) 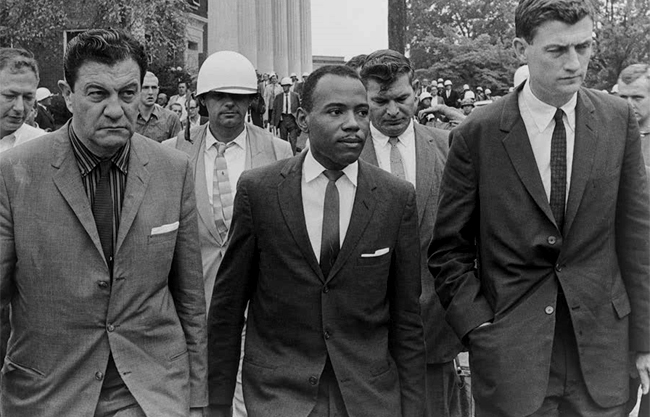 Maybe Malema and Nzimande realised that transformation would not be served by having a black government boot the black head of a university. And maybe the Freedom Front needs to realise that consultation or no, integration is going to happen.

Julius Malema has changed his tune, or so the headlines read. But he hasn’t really said anything about Professor Jonathan Jansen before, so it’s not a full hundred and eighty degree turn. What he has said, is that Jansen must stay, that he must lead the transformation of the university, and that he is “one of our own”.

Malema being Malema, he couldn’t leave it there, and said, “We mustn’t throw one of our own to the enemy.” Whether he meant whites, white racists, opposition parties, or the university is not really known. No doubt he’ll say he meant that Jansen is black, and as the first black Vice Chancellor of the university, he must stay. Clearly someone figured out what would have happened if Jansen was forced out.

That someone is probably Blade Nzimande. The Higher Education minister knows it took a little while to find someone to replace Professor Frederick Fourie (Jansen’s predecessor), and so to start that again would really suck. There’s also the image of Jansen booted out of Kosvies, not by white racists but by a black government.

Jansen is political astute enough to have given Nzimande something. He made sure that the ministry didn’t go away empty handed, with his offer to consult again, and re-look at the process. It wasn’t much, but Jansen knows that face is important, and he gave it to Nzimande.

Someone else who may be seeking to save face is the Freedom Front Plus. They were busted this week by Fourie, who claimed they were largely responsible for keeping the university residences segregated. He says when he tried to integrate towards the end of 2007 (just a few months before the Reitz video emerged in 2008) the FF+ led a campaign against it. The ANC and Winnie Madikizela-Mandela have condemned that campaign, and that starts to have some interesting political implications. Don’t forget the FF+ is in government.

The FF+ has now hit back, saying it was about “consultation”, not integration. It went to court because students hadn’t been consulted properly. Maybe Fourie suspected that the consultation process would go against him, maybe not. Either way, someone would have had to use the “Meredith option”.

James Meredith was the former US Air Force member, who wanted to study at the University of Missippi in 1962. He was black, and after the Supreme Court ruled he could study there, spent the next few years surrounded by federal marshals. But graduate he did. It cost two lives and a tonne of trouble. He became a stock broker.

If you’d “consulted” the students at Ole Miss then, the answer would have been a straight no. But someone eventually had to use the law to protect the rights of an individual, to study, and the expense of some of the rights of the majority. It was the right thing to do.

By Stephen Grootes
(Grootes is an EyeWitness News reporter)

Photo: James Meredith with US marshalls entering the University of Mississippi in 1962.