What future for the rand?

What future for the rand? 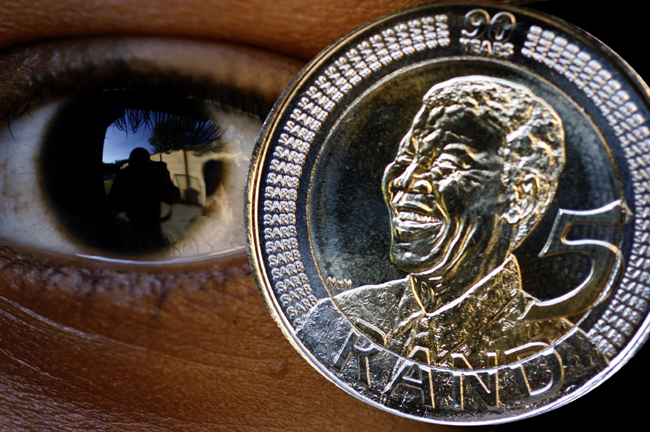 If finance minister Pravin Gordhan’s aim was to weaken the rand by boosting debt and relaxing exchange controls, he hit his target. But is it Gordhan’s new direction or world events that are dictating the rand’s course?

“The rand bears emerging from hibernation” is the headline of RMB’s influential currency note to clients this morning after a wild day in which the currency weakened substantially.

Look at the numbers, and it does not seem like much. But in the heady world of currency movements, where the focus is on the two digits three places from the comma, a fall from R7,6719 to R7,7862 constitutes high excitement. More significantly for the rest of us, the general direction of the flow now appears to have changed.“Having broken USD/ZAR7.60, the local unit looks set to sustain a weakening trend and has the potential to again test 7.85/87 given the depressed gold price, lacklustre equities and expectations of a larger-than-expected decline in local trade figures due on Friday,” the RMB note says.

The daily note, written by John Cairns and Nema Ramkhelawan, did point out that Gordhan had commented on the “immense challenges a strong rand poses to many sectors of the economy in his mid-year budget speech”.

But, although Gordhan suggested rand strength was a problem, it was noteworthy that he did not mention any significant change in existing policy. He said the National Treasury would assist the Reserve Bank in building foreign exchange reserves, but stressed that it would not intervene directly  to weaken the rand – in other words, more of the same.

Simply making this statement constitutes something of a rebuke for the left which is reportedly mulling more extreme and interventionist measures to depress the rand.

Yet, the left is apparently getting what it wants, at least at this point, but perhaps not caused directly by anything government might have done or not done.

However, the effects of the changes to exchange controls will be the most interesting to watch going forward. Most importantly, Gordhan has scrapped the rule that forced exporters to repatriate their foreign reserves within 180 days. The consequence is that exporters now have to make an active decision about where to put their currency, since in the past their hand was effectively forced.

It seems unlikely this change could have been the direct cause of the current bout of rand weakness, which, by the way, does very little to reverse the rand’s 25% gains over the dollar this year. The decline more likely has its roots in everything from Australian inflation to US GDP numbers.

Although Australian inflation was generally in line with forecasts, it is not perceived as being strong enough to encourage a further rate hike, RMB points out. Australia was one of the first countries to increase interest rates, which suggested to the flighty markets that the global tide of weakening interest rates might be turning.

But in the future, exporters now have new, big questions to answer about the speed of currency repatriation – questions that could affect their businesses fundamentally.