Analysis: Wait before reading Telkom’s last rites, this is a mining camp 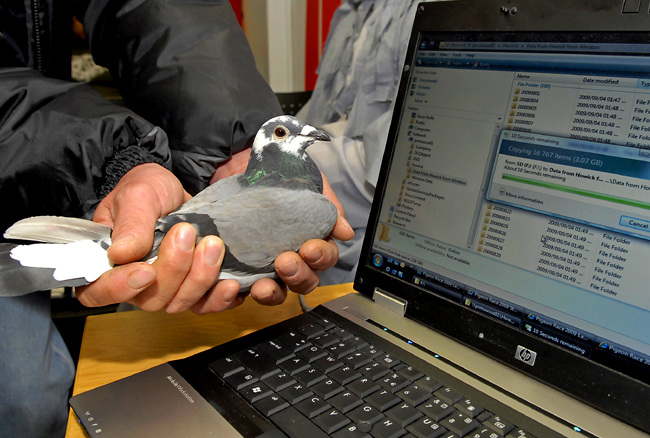 The happy court roundabout and the R7,1bn in fines that Telkom has racked up, but never seems likely to pay.

The R3,4bn fine the Competition Commission has recommended Telkom pay is not only instructive about SA’s dominant telecoms company.

Neither is it only instructive about how effective monopolies like to operate their businesses.

Neither is it only instructive about the constricted SA telecoms environment.

Neither is it only instructive about the dysfunctional quality of the SA legal system.

It is all these things, but it is also instructive about something infinitely more important than all these things put together; the mentality of South African business.

The instructiveness of the decision by the commission to recommend a fine of R3,4bn lies not in the fact that Telkom may have abused its dominant position. This is not a hard conclusion to draw, since Telkom has been charging internet service providers over the years between 30% and double the international average.

The reason it has been doing so is obvious to anyone with an ounce of common sense. It is trying to grab the largest share of the data market, the fixed line industry’s only real growth area before true competition enters the market and the shutters come down on its overwhelming dominance.

The true, full, technicolour significance of the decision lies in the fact that this is the second time Telkom has been successfully charged for doing essentially the same thing.

Imagine the sheer gall, the sheer f-you mentality it would require to be slapped with a R3,7bn – and then to carry on doing exactly the same thing. This is what has happened here.

Johannesburg, as they say, is a mining camp, and as a mining camp, the mentality is that my enemies successes are precisely equivalent to my failures. The notion that a more competitive market could broaden usage and assist the industry as a whole is as foreign as the notion of  racial harmony.

Understanding what has happened here requires going back a little in history. Telkom already has another case of anti-competitive behaviour pending for doing more or less the same thing – overcharging people who want to offer internet services.

This case was brought by the South African Value Added Network Services Association and Omnilink, and complaints were lodged in 2002. Not to state the obvious, this is many years ago. In the context of complex competition law, the commission, and then the tribunal, made some of the easiest decisions they have ever been called on to make.

If you own the network and you are charging double the international average, it’s really not hard to conclude that you are ripping off your customers. The decision to fine Telkom was somewhat more complex than this, so forgive the simplification. But really, it amounts to not much more than that. It’s that simple.

So what happened to this case? Well, in legal jargon it went on what is known as “appeal”. Of course everybody knows what on appeal means, but the fact is “on appeal” means different things to different people. To most people it’s an ineffable human right. But to lawyers it’s hard not to notice that apart from being a human right, appeals allow lawyers to multiply their fees.

To business people, appeal means something else too; it means time. It means the ability to put the issue on ice. In SA, because court times stretch into years and since fines are not payable before the appeal is heard, it holds out the tantalising possibility that the problem will be the headache of the next generation of executives. Most companies don’t even provision for the fines, on the basis that the outcome is “uncertain”.

Telkom’s argument on appeal was not based primarily on what it did or did not do, but who was in charge. It argued that Icasa has primary jurisdiction, not the competition authorities. This is over competition law, remember.

But in fact, the case was not even decided on this issue. It was found on the basis of what can only be described as a side-issue. The Link Centre of the University of the Witwatersrand, which gave evidence before the competition authorities, had apparently also previously done work for the Vans. Telkom did not argue the Link Centre was biased. They argued this “created a reasonable apprehension of bias”. And based on this absurdly wide test, they won.

So now the Competition Tribunal is forced to go “on appeal” (Yay, money! Yay time! goes the chorus line). What about us the public, ever the last to get a word in edgewise. What we want to know is this: why couldn’t the court emphatically decide whether or not the Link Centre was biased? If they were, discard the evidence. If they weren’t, use it. Why this infernal, super-righteous mounting of the high horse of semantics?

So Telkom escaped. At this point, you would think it was such a close shave, that Telkom would make absolutely sure there was no possible way this would happen again.

But no. Here we go again. Johannesburg is a mining camp; the way to win is for others to lose.

If you are a Telkom shareholder, don’t lose sleep tonight. If there is any danger of actually paying any part of this fine, Telkom will go “on appeal”. Even before that point, there is the Competition Commission’s Tribunal appeal. That decision can also be appealed to the Competition appeal authority. That’s even before the normal court appeal process. Time here is measured in decades.

The chances are, in five years time, a new generation of journalists will be welcomed to the court merry-go-round. They will have to go back into the files to find out what happened in this case, just as this generation of journalists had to go back five years to discover what happened in the previous case. But by that time, many of us will know for certain: In the mining camp, cheque-book justice always prevails.

Photo: Winston, an 11-month-old carrier pigeon, is held in front of a laptop computer which is downloading data from a memory card carried by the pigeon, in Durban, September 9, 2009. A South African information technology company on Wednesday proved it was faster for them to transmit data with Winston the pigeon than to send it using Telkom, the country’s leading internet service provider. Internet speed and connectivity in Africa’s largest economy are poor because of a bandwidth shortage. It is also expensive. Picture taken September 9, 2009. REUTERS/Rogan Ward