The lessons of Sakhile

The lessons of Sakhile 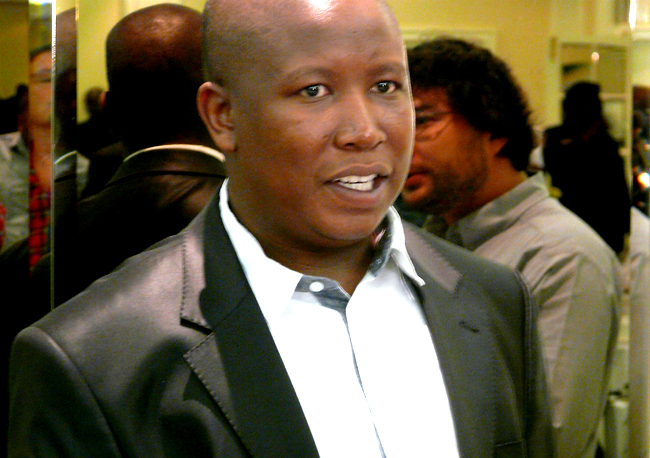 The mayoral council of Sakhile, site of service delivery protests steps down. Yet again the ANC – not the government – manages to squelch a protest. But that tactic can't work indefinitely.

The people of Sakhile near Standerton now have what they wanted: the resignation of the entire mayoral committee. The whole council is now in the curatorship of the Mpumalanga Provincial government. Lucky, lucky Sakhile. Would you like to have Mpumalanga responsible to keep the lights on and the water running? We didn’t think so.

The change in control came during a “report back” to the local community on Wednesday by Fikile Mbalula, Julius Malema and the provincial premier, David Mabuza. In what has become a familiar sequence, they listened to the people, consulted widely (i.e. rang Gwede) and suddenly the local mayor, the mayoral committee and the council whip all resigned. Oddly, the local councilors get to keep their positions.

This is a fascinating pattern. People protest. Provincial government tries to calm them down. A cabinet minister or two (preferably a younger one) is sent in. They listen. Something drastic happens. The protests stop, at least for a while.

None of this seems to involve government properly. It’s all decided within ANC structures. The cabinet ministers sent are always National Working Committee people, and staunch Zuma-ites. There’s no way the mayor and co. just decided to step down; there was no instruction from the provincial government instructing them to do so (try that one on in court and see how far you get). Instead they were simply “recalled” by the ANC.

The ANC has used this strategy several times, perhaps to most effect at the end of the xenophobic riots last year. Then the party’s National Executive Committee ended a meeting early, and sent out top leaders, including Jacob Zuma himself, to listen and talk to the people.

This level of control by the ANC is not necessarily a bad thing. It shows that there is respect for a body bigger than individuals in certain areas, thanks to the party’s national footprint it’s difficult for warlords to emerge (unless they control taxi routes), and it means there’s a mechanism to communicate grievances. Where it could be problematic however, is that when patience with the ANC runs out, there is nothing else. There is nobody else to run to for these people (the odd protest vote in favour of the Democratic Alliance notwithstanding).

And there are some signs that that patience is running out.

There’s another factor the party has to balance. It can’t throw out all of its councilors in one go. For a start, it’s bad politics. They’ll just think of starting their own party (we’re about due for another one), they’ll agitate local communities against ANC structures, it’ll generally raise the political temperature unnecessarily. Also, not all ANC councilors are bad, apparently, and you have to keep some talent to groom, and also to simply keep the lights on. Councilors are also very likely to be the senior members of their local ANC branches, and the party has enough problems on its hands with keeping them all functioning thank you very much.

People are getting used to protesting – violently. If the forthcoming power price hikes aren’t sold properly, protests over that could spring up all over the place, at the same time, stretching the army and police to breaking point.