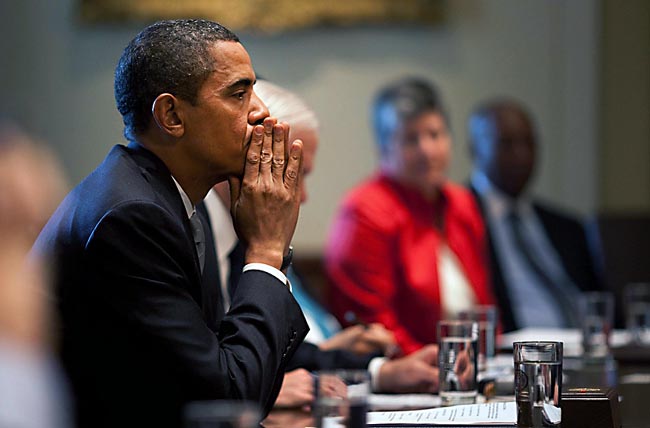 The Obama administration announced that the American federal budget deficit for the 2009 US fiscal year (October 2008 to end September 2009) reached $1.4 trillion, almost a trillion dollars more than the previous year, and the biggest shortfall vis-à-vis the size of the economy since World War II – even with the military spending of that period.

Although the total is actually smaller than the truly alarming forecast of just a few months earlier, the deficit announcement underlines the extraordinary challenge of shrinking the budget (and the deficit), just as the US government is trying to stimulate the economy in the face of the doggedly slow recovery. Naturally, Democrats and Republicans blamed each other for the problem even though the general Keynesian prescription of deficit spending during economic downturns is relatively well-understood.

The deficit now equals 10% of the total economy, Treasury secretary Tim Geithner and Peter Orszag, director of the office of management and budget, said in a joint statement. Economists agree that annual deficits should only be about 3% of GDP and President Barack Obama has promised to reach that point by 2013.

But spending and tax cuts to stimulate the economy have now combined to push the deficit forecast to 4.6% of GDP for fiscal year 2013. While a year is, as the saying goes, a lifetime in politics, these numbers, and the economic and social concerns and disruptions they may cause, could spell trouble for the Democrats in both the midterm election of 2010, as well as possibly the 2012 presidential and congressional elections. There may well be international repercussions as well if the dollar continues its fall and larger creditor economies (China, Japan) contemplate shifting some of their holdings to alternative currencies or vehicles.

The Clinton administration had managed several years of budget surplus in the 1990s for the first time in decades, thanks in part to sustained national economic growth. However, the Bush administration’s spending on the Iraq and Afghanistan wars, together with a string of tax cuts primarily benefiting the upper middle class and the rich, erased this. In the past year the world economic downturn – with its consequent declines in tax revenues and increases in stimulus spending and financial institutional bailouts paid from deficits – has spread the red ink in government expenditure both quickly and unexpectedly.

Investors such as China, essential to financing the debt, are looking hard for signs that the US government is regaining control over its budgets. Recent polls show Americans are worried about the Obama administration’s stimulus packages and its ambitious domestic policy agenda, including revamping health care. Concurrently, however, Americans are demanding further government help as projections now are that job losses will only peak next year. This help could further inflate budget deficit numbers.

The 2009 fiscal year began on 1 October 2008, just as then-president Bush and Congress were dealing with the near-collapse of the financial system and enacting a $700 billion rescue plan. Geithner and Orszag said the 2009 deficit “was largely the product of the spending and tax policies inherited from the previous administration, exacerbated by a severe recession and financial crisis that were under way as the current administration took office”. The economic recovery efforts, through the unpopular Troubled Asset Relief Programme (Tarp) meant to rescue endangered financial institutions, accounted for nearly 25% of this deficit, they said.