Zuma’s past comes back to haunt him as Shaik begs par... 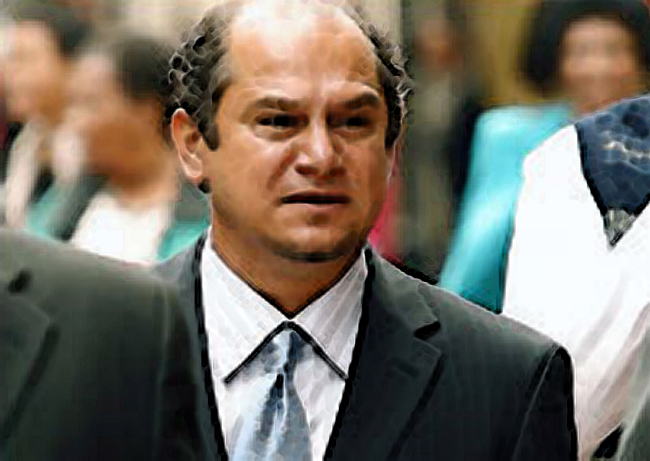 The DA says it has proof Schabir Shaik has asked for a presidential pardon. Can the President really pardon the man three different courts say bribed him?

So it’s true, Schabir Shaik did apply for a presidential pardon. The DA is hoping to get a lot of play from this, and really want to bash President Jacob Zuma over the head with it. But the killer fact in this story has got to be that he lodged his application in April 2008.  Back then some guy called Thabo Mbeki was still President. In other words this was really a final mournful throw of the dice, rather than any attempt to actually ask for political help.

At the time the issue of medical parole was still a glint in someone’s eye, rather than a practical reality. The Constitutional Court had finally ruled that Shaik was definitively guilty (in a process that saw sixteen judges declare him so), there were no options left and the brothers were frantic. So they asked their biggest enemy for help.  It was clearly not forthcoming. And Kgalema Motlanthe didn’t see the need to intervene either. Of course, he may not even have known it was on his desk.

And Zuma may not have known, until today, that it was his problem. He’s been a busy president, and it’s possible his people haven’t even got to the list of presidential pardons. However, you’d think that the head of his Secret Service might have had a word in his ear.

Having this in front of him is absolutely the last thing Zuma needs now. To assent would open him to accusations of being personally biased at the cost of the rule of law. To deny would suggest an almost heartless lack of personal loyalty. Which may explain the timing of the application; an attempt to distance Zuma from it somewhat by applying under Mbeki.

What is undeniable, is that this opens a can of worms that Zuma would probably prefer to keep tightly shut. One the one hand there can be no doubt that the Shaiks are close to Zuma. There was a whole troop of them at his inauguration (sitting quite near Micheal Hulley and Kemp J. Kemp), as invited guests. Moe Shaik’s recently got a nice government job. On the other hand, the political fallout of a decision to pardon the man who bribed him would be massive. Many people accepted the decision to withdraw the charges against Zuma on the grounds that they simply wanted to get on with it, and he was going to be President anyway. They’re currently just living with it, hoping this will never come up again. But this would probably be a step too far. The fragile consent that Zuma has manufactured among people who were his critics would crumble at the first hint he may grant it.

Judge Hilary Squires said “Shaik’s payments to Zuma were an investment in political influence.” Judge Kate O’Regan, writing for a unanimous Constitutional Court wrote, “There can be no doubt the money received by Shaik from his businesses were the proceeds of a bribe”. This was not a case that was grey. Shaik was guilty of paying money to Zuma, that money was a bribe. The Zuma case is more complex. But with the best will in the world, Zuma will hope this one just goes away. It is pretty sure it will not.

The right to issue a presidential pardon is specified in the Constitution, but in such broad terms, it’s an almost unfettered presidential privilege. Its a very short subsection of a subsection – 84(2) (j) – which says the President is responsible for “pardoning or reprieving offenders and remitting any fines, penalties or forfeitures”.

That’s all. There is no responsibility on the President to explain or justify the pardons. There appears to be no limit to its scope. There is no guidance provided over the circumstances. And critically, there does not appear to be any way Zuma can confer this power on anybody else. The only criteria that does implicitly exist is that the conviction must have already taken place.

Does a pardon have any real worth still, now that Shaik is already out of prison? Maybe. In most systems, pardon constitutes full pardon. Hence, all of the restrictions that sometimes apply to convicted criminals, like not being allowed to be directors of a company, will now fall away. There is a separate issue over his the R34 million in business interests which asset forfeiture seized from Shaik after the conviction. The President seems to have the power to return these assets, but it is not clear whether this is even covered in the application.

Most important for Shaik, perhaps, is to make the issue of his (increasingly suspicious) medical parole go away. A pardon would mean he could leave his house and attend the odd Durban July without being the lead story of every Sunday newspaper in the land.

For Zuma the consequences of granting a pardon could be far more serious. Doing so would recall the rights of absolute monarchs, which first had such powers. Just about every time a politician exercises the right to pardon the public feels cheated. Famously US president Gerald Ford may have lost the election against Jimmy Carter because of his pardon of Richard Nixon. Zuma may not lose an election, but he’ll lose of lot of the credibility he has been painstakingly building up.

By Stephen Grootes and Tim Cohen