ANALYSIS: Mboweni and his ego ride off into the sunset

ANALYSIS: Mboweni and his ego ride off into the sunset 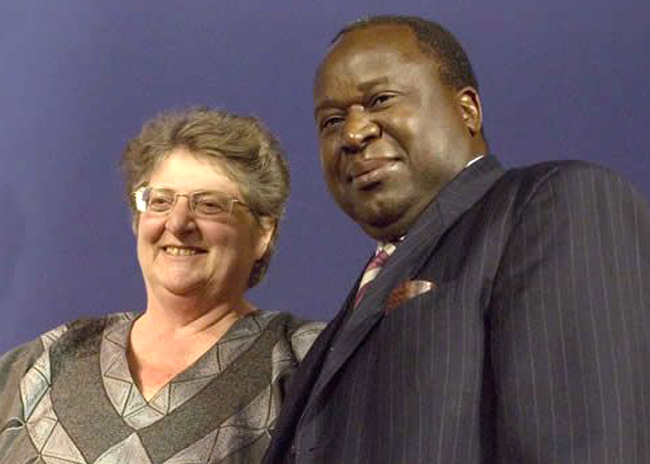 Tito Mboweni is at the end of his term. His personality has given his opponents plenty of material to work with, but his record remains pretty damn good. Will his successor be able to say the same at the end of her term?

It’s just one of many ironies of the career of South Africa’s Reserve Bank governor Tito Mboweni. As he heads down the final stretch before he leaves office early next month, his legacy is more in question now than ever before.

Even though he has spent just on a decade in perhaps the hottest economic seat in government, Mboweni leaves with a splendid overall record of controlling inflation, but with the shrill voice of the left ringing in his ears and solid record subsumed by cat-calls and criticism. Technically, from the point of view of the left, Mboweni’s crime was that he applied inflation targeting – a policy implemented in fact by the finance ministry. Yet, the tone of his departure seems in fact to have a much more personal aspect.

At the press conference announcing a successor, President Jacob Zuma said he wanted to keep Mboweni on, but was letting him go to allow him to “pursue other opportunities”. The Mail & Guardian reported this interpretation was simply sugar-coating the pill – in fact, Mboweni was forced out of the job. He had already said he would serve another term if asked, so not asking was a sure sign of dissatisfaction. The M&G confirmed this suspicion, but inflation targeting was not the deciding factor. His personality was.

ANC officials found Mboweni “arrogant” and that he had tendency to throw his weight around. His refusal to attempt political conciliation and his perceived flirtation with the “other opposition” party, the Congress of the People (Cope), and personal friendship with former president Thabo Mbeki were also factors. “Officials of the ANC feel very strongly that he was becoming too big for his boots. There was a strong feeling that there were other people who could do the job,” one insider told the M&G.

In an odd way, this was underlined by the appointment of Gill Marcus as his replacement: Marcus has yet to demonstrate her position, but there is little suspicion that she will be less of an interest rate hawk than Mboweni has been.

And Mboweni has certainly provided ammunition for those who would accuse him of being, if not arrogant, then at least over-bearing; including publicly offending members of the Reserve Bank board and banning photographers from Bank official interest rate announcements.

Mboweni would probably see these incidents as issues of dignity rather than of arrogance. But in a way, Mboweni’s fate is, partly at least, the consequence of neither inflation targeting nor his predilection for expensive food, wine, cigars and shoes. He is a victim of the declining stature of reserve bank governors around the world.

At a different time, no administration would dare replace a reserve bank governor without cast-iron political cover. Yet, the collapse of the global economy has damaged not only the reputation of bankers, but also the reputation of those technically responsible for monitoring them. Chairman of the US Federal Reserve Alan Greenspan’s propitious decline in stature is the most obvious representative of this trend. The same M&G report said discussions among presidency and treasury officials suggested that Mboweni had relied too heavily on the notion that the markets regarded him as indispensable: “If he didn’t think he was bigger than the ANC, he wouldn’t be in this trouble.”

Yet, Mboweni has one card left to play, and it may turn out to be his ace in the hole; his record.
From an economic point of view, two legitimate criticisms might be levelled at Mboweni: that he didn’t raise the issue of productivity sufficiently strongly, and that he recognised far too late that SA would be caught in the current downturn, dropping interest rates too slowly. However, few would question that his interest rate calls, or at least calls of the monetary policy committee over which he presided, were, on aggregate, right during his decade in office.

Cosatu wants a more compliant and interest rate-lax Reserve Bank governor. If it gets what it’s looking for, we may all look back on the Mboweni years as a golden age.