At last, a female winner for economics Nobel 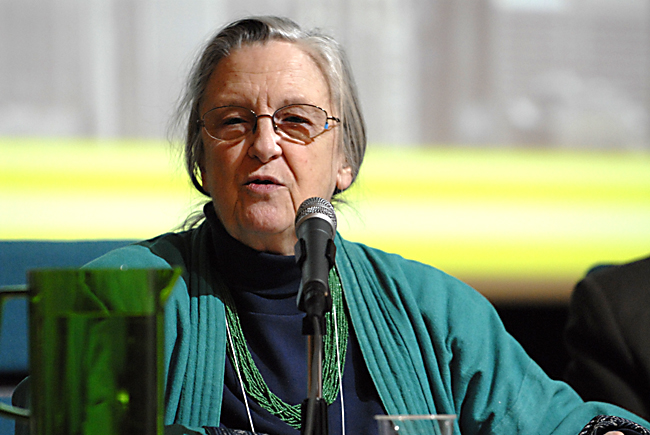 A woman has won the Nobel economics prize for the first time since it was instated, albeit jointly.

Americans win the prize with boring regularity, but since its launch in 1968 no woman has ever been named top economist by the Nobel Committee. But apparently Elinor Ostrom’s work on economic governance was too good to ignore.

Specifically, the committee cited her work on demonstrating how property can be managed jointly by an association of users.

Her co-winner, who is destined to be overshadowed by Ostrom’s historic significance, also considered issues of governance. But Williamson was more interested in corporate structures and their ability to serve in conflict resolution

Like many other awards this season – not least of all the Peace Prize to Barack Obama – the naming of Williamson and Ostrom came as some surprise. Most speculation had focussed on the many economists who have worked on problems around climate change or income disparity.

But the work of both recipients have plenty of real-world applications. Ostrom has effectively proven that limited resources, such as fish stocks, can sometimes be better managed by committee than by a single owner, which stands contrary to previous expectations. Williamson showed that in some cases markets with limited competition are less effective at settling disputes than the internal mechanisms of companies.

The two winners will each get around $700,000 for their trouble, as well as one of the most coveted gold medals in the world.

Crypto arbitrage on the rise, since this is where Bitcoin profits lie

Will investing in the JSE fuel the economic growth needed to address SA’s crises, especially in a Covid-19 world?

Covid-19 will not reduce global reliance on China

Covid-19 is fertile ground for lawyers, scrupulous and unscrupulous