ANALYSIS: Iridium is back from the dead

ANALYSIS: Iridium is back from the dead 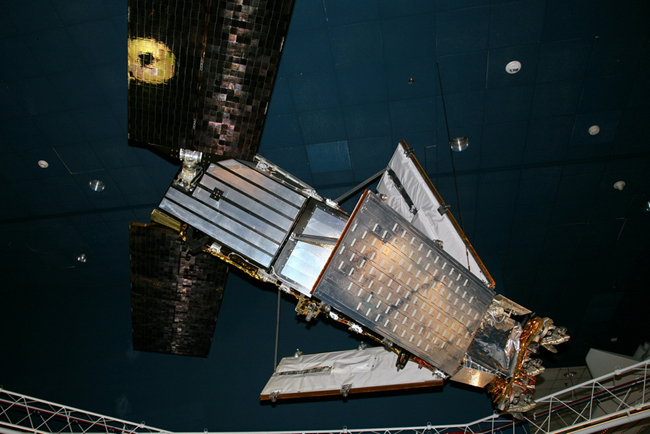 A company that was out of public eye for many years is back in the limelight. It makes sense all over again, but this time it makes cents, too. And if you, as you read this, ask who is Iridium, don’t worry, plenty of people do the same.

When in the mid-90s rumours of a Motorola-backed Iridium project started surfacing, it sounded almost frighteningly logical with its global hegemony almost assured. And a global idea it was: launch many small satellites into low Earth orbit, provide a true global communication coverage, sign millions of customers, corporate and retail, charge them ridiculous prices, and bingo! Motorola and friends invested almost $6 billion in total into Iridium ($5 billion in satellites alone) and even secured then-US vice president Al Gore to open the operation and make the first phone call using the network on 13 August 1998.

As is proven over and over again, many a great idea is killed by the details and niggles. It turned out, there were simply too many of those with Iridium: the network was structured in such a way that it couldn’t be launched before at least 66 satellites were in position, meaning the investors had to put up just about their entire capital before they could see it operational –  even in safe mode. Then it was launched and Motorola, the cellular pioneer, was suddenly astounded to see that by then GSM and CDMA networks were providing near coast-to-coast coverage at prices many times cheaper than Iridium’s, whose handsets were expensive, chunky and clunky. And, although the network worked and worked well, sales staff were rude and disinterested.

It took Iridium executives only nine months to file for bankruptcy.

And then the crazy moment occurred: some genius decided it would be best to de-orbit and burn all 66 satellites. At that moment, the value of Iridium plunged to next to zero, or $25 million dollars, because that was exactly what the hastily put together private consortium, Iridium Satellite LLC paid for the company. Satellites and the network were saved and the company was ready for Life 2.0

The new owners realised that if business plan 1.0 didn’t work, it must change drastically. So they concentrated on what Iridium had that no-one else did: coverage. Even today, says Iridium CEO Matthew Desch, GSM networks cover less than 10% of the Earth’s surface (or roughly 30% of land surface). Iridium covers the entire planet. And that, obviously, is what the US military and oil corporations desperately need. (Iridium is today so crucial to the Pentagon, that it quashed an investigation into its tender practices on the basis of national security.) After signing the anchor clients, everything became much easier. Over the years, the company went strongly into so-called M2M (machine-to-machine) space, where it provides underlying networks for shipping, aviation and GPS companies. Today, it has more than 347,000 customers, with the US military accounting for 21% of revenue. And it makes money, with genuine prospects of sustained growth over the years.

Iridium’s future, however, is not exactly safe yet. The big test for the company is still to come: its entire satellite network (unit no. 33 already crashed, into an old soviet satellite, Cosmos-2251, over Siberia on 10 February this year) will have to be replaced, starting in 2014, and the current cost estimate for that is $2.7 billion – many times the company’s market capitalisation right now. It is uncertain how the company would finance that feat. Our guess: the Pentagon will step in, again. National security needs are a good way to raise money today.

So what can one learn from the Iridium saga and make money in future? Well, look at the major projects that are envisaged by pea-brained officials, with vague business plans and worse execution. Wait for them to flame out and buy the project for next to nothing. (Important: Promise you’d tell no-one of all the problems you inherited. South African parastatal projects should offer plenty of opportunities.) And make sure that your newly-acquired project is too important to fail.