Zuma heads for Brazil to get some of that samba magic

Zuma heads for Brazil to get some of that samba magic 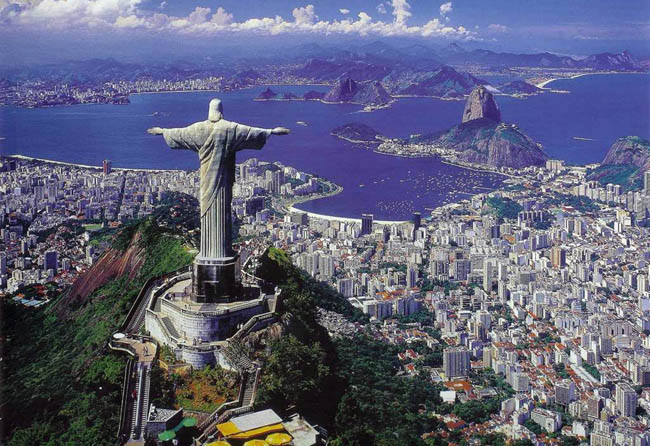 Aside from a quick trip to Angola, President Jacob Zuma’s most important official foreign mission so far will be the current one to Brazil. It will be a step up for the newly elevated Zuma to meet the rising star of the modern world, President Lula, and they will not be short of things to talk about.

Zuma’s trip is aimed at “cementing ties” between two countries whose common problems – from the economic, to the diplomatic, to the political – are increasingly, almost bizarrely, similar.

Both countries are run by leaders whose main political headache is to satisfy leftwingers within their ruling alliances while maintaining real-world economic policies. Both countries have to deal with high levels of poverty but generally growing economies amid enormous diversity of income levels. Both are sufficiently integrated into world economics to have been hurt by the recent economic downturn, but not devastated by it. Both have to deal with tricky diplomatic manoeuvring on their doorsteps, Brazil with Venezuela and SA with Zimbabwe.

Yet clearly the trip, as his first major foreign venture, is more significant for Zuma than it is for Brazil’s president, Luiz Inácio Lula da Silva. The position of Lula (as he is widely known) along with the position of Brazil’s in the pantheon of important emerging nations is without question. The position of SA is less emphatic, even as a regional power.

Some smoothing of potential diplomatic ruffles will also be important for the two leaders, with SA a trifle on edge about being excluded from the “BRIC” notion, the countries designated as the most important of the new generation. Yet this is more than compensated for by the emergence of the G20 group, of which both SA and Brazil are part, as the key negotiating forum in global affairs. The position of Brazil was illustrated by US President Barak Obama’s unscripted response to seeing Lula at the G20 summit in London.“That’s my man right there …the most popular politician on earth.” What Obama said on meeting Zuma was not recorded, but it seems more likely to have been polite rather than enthusiastic.

The G20 is specifically on the agenda for discussion, along with the UN General Assembly and the Africa-South America Summit. The trip will also re-launch the SA-Brazil Joint Commission as a vehicle for servicing bilateral relations, investment promotion, and include a general exchange of ideas on poverty, unemployment, and social challenges. Presumably sport, with SA handing over the Soccer World Cup batton to Brazil, will not go unmentioned, although they might skirt around the issue of the performance of Brazilian coach of SA’s national team.

The agenda illustrates Lula’s strong sense of Brazilian Africaness. On receiving former President Thabo Mbeki five years ago, Lula acknowledged “Brazil’s historic debt to Africa”, a reference to the four million black slaves who were taken there by the Portuguese. Lula famously blamed the current economic crisis on “white people with blue-eyes,” people “who before the crisis appeared to know everything, but are now showing that they know nothing.”

Zuma will be accompanied by the Ministers of International Relations Maite Nkoana-Mashabane, Sport and Recreation Reverend Makensi Stofile and Trade and Industry Rob Davies.