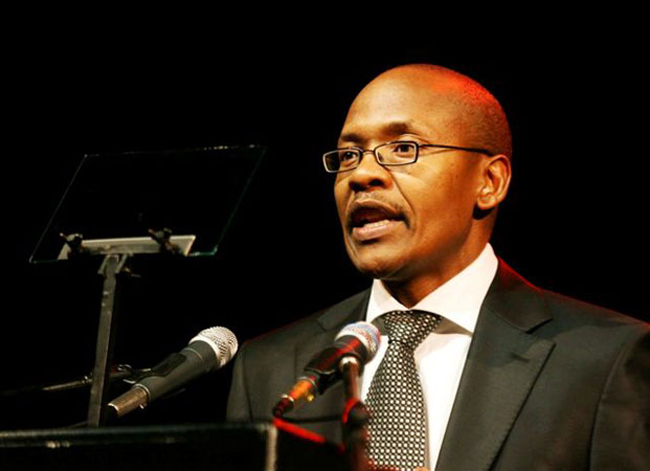 Despite his position as a government manager, and the non-partisan nature of the Black Management Forum, Jimmy Manyi will remain president of the organisation for another term. Now we get to watch as he proves, contrary to his claims, that there is indeed a deep conflict between those two roles.

Jimmy Manyi is unashamed about his dual roles, saying that in South Africa “conflict is seen as a gevaar, it must be declared, and it must be managed”. He also claims that the aims of the labour deparment and the BMF are exactly the same, that they both believe in total transformation, and enhancing worker’s rights.

But there is a hint of defensiveness about his position. When asked directly about how he would react were any kind of situation that involved a conflict would occur, he wanted an exact scenario. When one was named for him, he started to backtrack, referring to the joint aims of the two entities. Which job is more important to him? He flatly refuses to say.

But the potential for conflict is huge. The Black Management Forum exists “to pursue socio-economic justice, equity and transformation.” Manyi can’t get away from the fact that he is the leader of a pressure group. The route to transformation is through the government – and as the enforcer of employment law the Department of Labour is where the buck stops. Is it possible to organise a picket outside your own office and hand yourself a memorandum of grievances? Perhaps we’ll get to find out.

Manyi’s day-time boss, Labour Minister Membathisi Mdladlana, clearly doesn’t have a problem with all of this. He’s addressing the BMF later today, and this kind of question is bound to come up. He probably has an answer ready.

However, where this issue is likely to get really interesting is in some kind of legal labour dispute. The Emplyoment Equity Act says scorecards have to be submitted by companies to the Director-General, in writing, every year. That is specified in the part of the Act that should be on the wall of the office kitchen. This would appear to make the Director-General the accounting officer for this process in the Labour Department. So, when someone gets the hell in with the department, they’re likely to sue it over how it deals with affirmative action. And they will be able to argue that Manyi is not applying his mind in a neutral and objective way. They will be able to point to his public utterances, as leader of the BMF. They will say he cannot be trusted to fulfill his proper role as Director-General.

Will a court agree? That might depend on what, exactly, Manyi has to say during his tenure as BMF president. The way we see it, he either self-censors and becomes a weak BMF leader, or he potentially weakens the labour department. How either of his employers can be happy with that tension is a mystery.

SEE ALSO: Manyi, the BMF and conflicts of employment