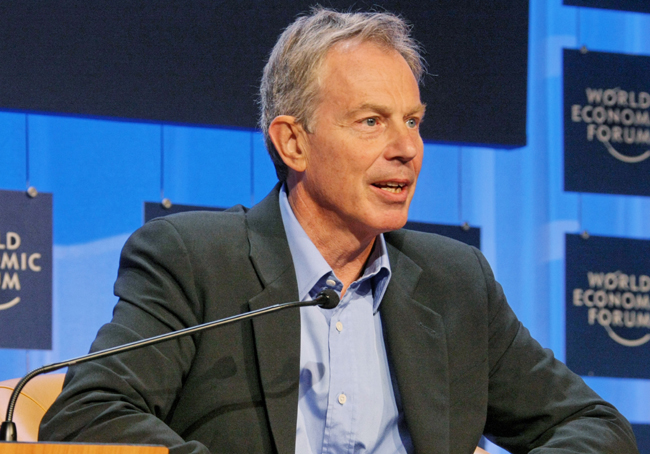 The former British prime minister may well be coming back, this time as president.

No, not as US president, but the first occupant of a soon-to-be-established position – European president of a tougher, beefed up EU. Two years after relinquishing the prime ministership, the very same Tony Blair is being mentioned as a candidate for this very job.  Blair, of course, was the UK’s PM for a decade before he gave way rather than duke it out with a Labour Party revolt. Now he is working on the Middle East peace process, a lifetime job if there ever was one, and giving those inevitable and very well-paid speeches in the US and elsewhere.

If all 27 EU members finally sign the new EU treaty [see our previous story on the Irish EU vote], it will establish a powerful new presidential position – assuming the Czech Constitutional Court rejects a plea to re-examine the treaty.  Because the actual powers of this new job are not fully laid out, the first incumbent will help define the job.  Sort of a European George Washington or Trygve Lie (the first UN Secretary General, in case you forgot). So… Should the Europeans go for a good, gray bureaucrat or someone universally recognized, but potentially poisonous, like Tony Blair?

While his British popularity is not so hot, he remains a star in the US and for much of Europe. Robert Worcester, chairman of Ipsos MORI polling says, “At home, he hasn’t been forgiven for his support of the war in Iraq, for his saying there were weapons of mass destruction.”

But an outright Blair candidacy – let alone presidency — could infuriate Conservative Party leaders who look forward to winning the UK’s next general election – a poll that must happen by June 2010. For them, the thought of a Tony Blair rising phoenix-like from the politically dead is an anathema. Conservative Party London Mayor Boris Johnson warned that many Brits would resent Blair “suddenly pupating into an intergalactic spokesman for Europe,” without a public vote. (Move over, Douglas Adams!)

However, Anand Menon, director of the European Research Institute at the University of Birmingham, said some European leaders oppose Blair because he failed to bring Britain “into the heart of Europe” and did not adopt the euro or take actions to join other European Union institutions. And that doesn’t even mention Blair’s role in Bush’s great Iraq adventure.

The Lisbon Treaty that sets up this new position has been designed to lift Europe’s voice in the world — in competition with the United States, Russia – and those emerging powers like China and India. The treaty also establishes a top tier foreign policy position for the EU, a job that seems set for conflict with an international-minded president.