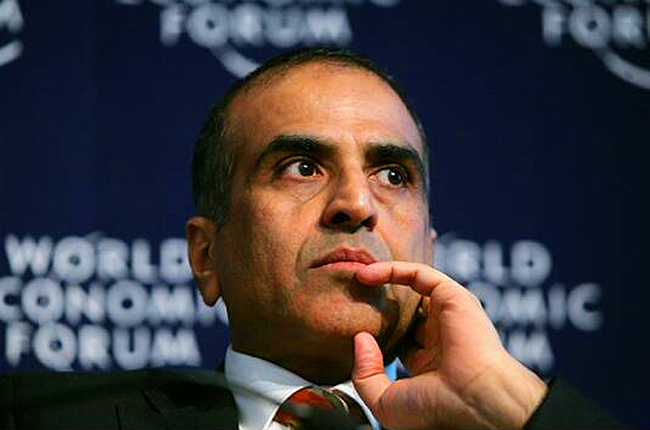 The notion that the proposed Bharti/MTN cell-phone merger, which would create the world’s third largest cell-phone company, would include dual Johannesburg/Bombay listings has been nixed by the Indian government.

The decision constitutes a setback for SA government which sent a high level team from the Finance Department to India to try and convince the Indian authorities to consider the plan.

The obvious concern is that if Bharti takes over MTN, all three SA cell-phone companies will be foreign owned, the top five companies on the JSE will be headquartered outside South Africa, and the lead exponent of SA’s corporate African expansion will be gone.

Where this leaves the mega-deal – one of the very few M&A transactions of note this year – is hard to say; Bharti, or at least Bharti’s advisors, appear to remain confident that the deal can still be done, but MTN have, as always, said nothing.

A story appeared in the Wall Street Journal a few days ago suggesting “people familiar with the deal” – normally code for the financial advisors or the financial PR company – expressing confidence the deal will still be done.

The initial plan was for Bharti to buy 49% of MTN and MTN to buy 35% of Bharti, a kind of merger of sort-of equals, but with Bharti with its nose in front, presumably with a view to taking over MTN down the line somewhere.

The MTN side of the deal was the complicated part, because Indian legislation does not allow foreigners to own more than 75% of Indian cellphone companies and Bharti is already has Singtel as a major shareholder.

Hence, the original idea was for MTN to buy around 15% and for MTN shareholders to buy a further 20% – a crucial difference. This 20% was supposed to be listed on the JSE, consummating the notion of a more-or-less merger of equals and providing South Africans with an opportunity to own a direct stake in Bharti.

With the Indian government closing this option, what remains is the cash part of the deal; in other words, something more akin to a straight takeover of MTN.

The problem is that there is no legislation currently in India which allows for Indian companies to be dual listed. The reason for that is the rupee is not actually fully convertible. Consequently, South African shareholders would be incapable of guaranteeing settlement if they traded their Bharti shares on the JSE.

Following press reports, Indian Finance Minister Pranab Mukherjee has now confirmed said in an interview that neither of the companies were talking of dual listing immediately, suggesting it may be possible down the line.

They were considering buying shares in each others’ companies, Mukherjee told the ET NOW TV channel, adding that dual listing was not necessary for buying each others’ shares, Reuters reports.

Mukherjee had earlier said the Indian government welcomed a tie-up between Bharti Airtel and MTN, but there were legal issues that needed to be looked at. He had also said a dual listing of the firms would require the rupee to be made fully convertible, which needed to be examined.

SA finance department officials went to India to encourage Indian authorities to consider a dual-listed structure, which is not allowed under existing Indian laws.

The firms have extended the deadline for their exclusive talks twice and the current deadline runs until Wednesday.