Probing Julius’ finances: round one 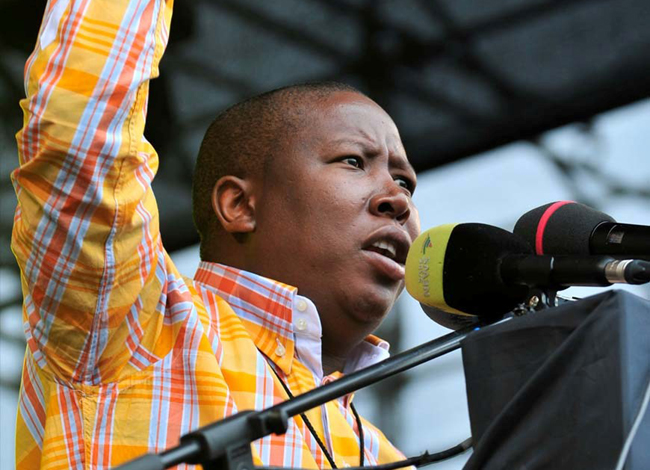 The lavish party at his upmarket home first drew attention because of irate neighbours. Then the questions started: how, exactly, does Julius Malema sustain his lifestyle of a R20 000 a month Youth League pay cheque?

Eyewitness News this morning reported that Malema is a director of at least four companies, having resigned from another. That, perhaps, explains how he funds the Sandton pad and the Merc.

It is not yet known whether these businesses are active or what they do. One is listed as being in “the retail sector”, while the one he resigned from was involved in something called “financial inter-mediation”. The Youth League itself is not going to comment, and Malema is not speaking either.

Of course, Malema is partly a private citizen. He doesn’t hold public office, none of our tax money goes to him, and he doesn’t get to make big government decisions. But he likes to claim that he has influence, and that he floats kites on ANC policy. The company he left was a mining investment company.  Perhaps he felt it was about to be nationalised.

This leaves open the door to concerns about what motivates his public utterances. When he talks about nationalising mines, is he talking from principal, or does he feel that someone should pay him good money for his mining company (if it actually exists in any physical form)?

And there are three other companies we know nothing about. They could be involved in anything, they could be body-guard firms, providing security to political VIP’s.

Malema won’t disclose any of this until it’s dragged out into the public domain, as it inevitably will be. Even when that happens, we are still unlikely to know where his full income comes from. Think of the fuss caused by Smuts Ngonyama and the Elephant Consortium.

It’s the same thing all over again, Ngonyama wasn’t a government office bearer, he was an official paid by Lithuli House, and he had no official government responsibility. But he clearly had a hand in making policy decisions, and had an “in” on what was about to go down. That’s simply an unfair advantage.

Malema and co didn’t like that at all, now clearly, the leather loafer is on the other foot.