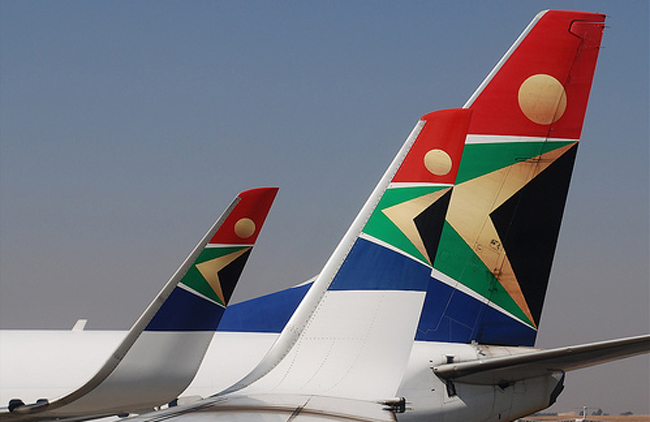 National airliner SAA has surprised by announcing a fat after-tax profit of R398m. But the parastatal’s  financials are rather like the food on its flights – it’s hard to tell what’s really in there. By Tim Cohen

For years, SAA has been a serial offender in the hedging disaster category, and past hedging errors complicate this year’s results – among many other things.

But to its credit, the numbers at the very top of the income statement are good: passenger turnover is up by a healthy 20% which is remarkable during the current downturn. Costs are also up but only as a result of fuel prices.

But then, the further down you go, the muddier it gets. SAA has suffered a R399m loss from interest and hedging premiums. It then suffered an outright hedging loss of just over R1bn. It then lists restructuring costs at R474m which all comes out to a small loss of R10m.

But, miraculously, SAA then adds to its income a credit of R407-million “attributable to the net reversal of the 2004 impairment of pre-delivery payments (PDP’s) paid to Airbus on the A320 purchase”.

In other words, a contractual windfall lifted the company into the black, which makes it look much better than the net loss after restructuring costs of R1,085-billion last year even if it includes some accounting magic.

Still, the company does have something to boast about. Acting CEO Chris Smyth pointed out that the airline posted a significant turnaround at operating level, posting an operating profit of R1,9bn for 2008-09 against a small operating loss of R72-million the previous financial year, before restructuring costs of R1,3bn.

As for the future, Smythe posted a slide which said this:

SAA is expected to break even for 2009/10, provided:
Passenger and Freight demand does not fall further
Yields do not decline
Rand does not weaken
Fuel price does not rise

Hedging your bets is obviously now part of SAA culture.

As for the juiciest information, that only comes out on Wednesday. Chairman of the SAA board Jakes Gerwel said “Significant progress has been made into investigating the alleged mismanagement of former SA Airways (SAA) CEO Khaya Ngqula.” The KPMG report had been handed to the SAA board, but will not be released until it had been given to parliament. Only then will Ngqula retrenchment package be revealed.